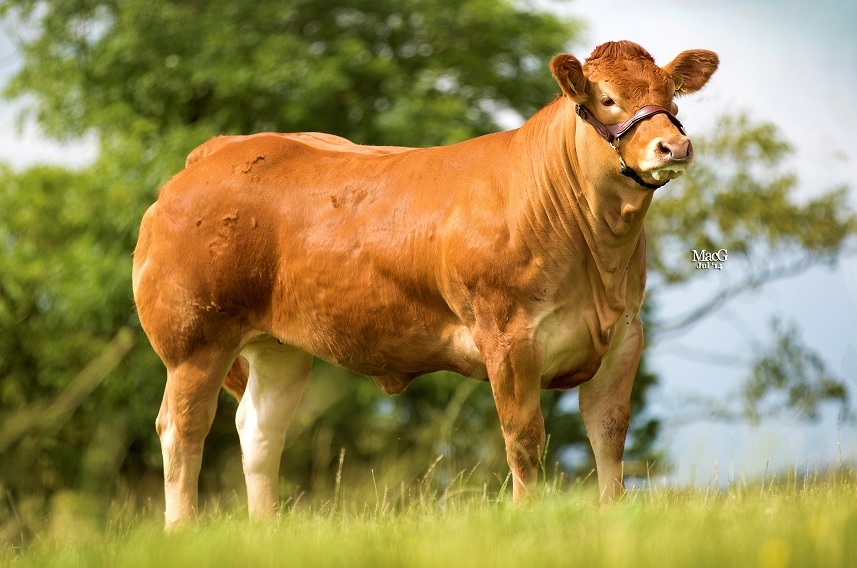 According to the British Limousin Cattle Breeding Society a stunned audience at Borderway Mart witnessed the new record mark when Illusion was snapped up by Mike & Melanie Alford, Foxhill Farm, Blackborough, Cullompton, Devon.

It says the huge crowd saw Glenrock Illusion, a January 2013-born embryo calf by Goldies Comet and out of Glenrock Spangle, go under the hammer having stood as Junior Champion and Reserve Junior Interbreed Champion at the 2014 Royal Highland as well as Perth Limousin Grand Prix Champion earlier this month.

Held at Borderway Mart, Carlisle, on Friday August 22, the British Limousin Cattle Society Breeders’ Sale was billed as a Sale of the Glenrock Herd including Show Team and was brought about to help fund the purchase of the Illingworths’ Howgillside Farm which they currently rent.

The Glenrock herd is based on three noted cow families (Glenrock Juniper, Glenrock Spangle and Glenrock Saspirilla) and has produced many Championship winners and leading sale-priced bulls and females since its establishment in 1982 with the purchase of two Funambule-sired heifers, Funambule being part of the original importation of Limousins from France in 1971.