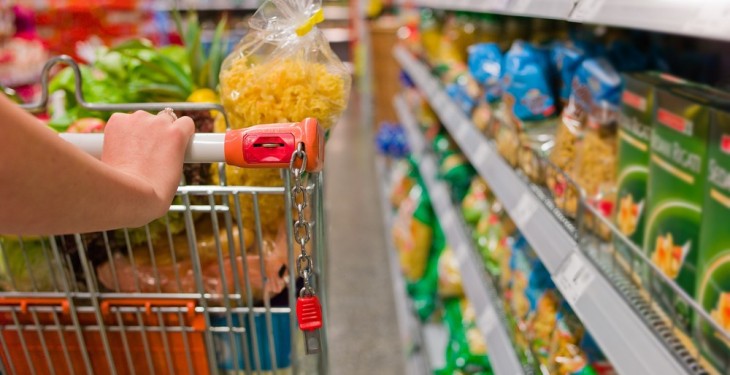 Dunnes Stores remains Ireland’s most popular supermarket in the run up to the festive period, according to the latest grocery market share figures from Kantar Worldpanel in Ireland.

David Berry, director at Kantar Worldpanel, commented on the finding, noting: “Dunnes Stores has always performed strongly in the countdown to Christmas and this year is no exception.

“Holding steady year-on-year with a 22.5% share of the market, the retailer has seen strong sales growth of 2.4% to retain the title of Ireland’s largest supermarket.

“Dunnes Stores’ ‘Shop and Save’ initiative has proved the key to the retailers’ success,” Berry said.

Shoppers now spend €2.30 more per shop than last year, as customers are encouraged to up the value of their baskets to get extra money off.

Berry added: “Tesco has continued its strong run of form as we approach the peak Christmas shopping season, with consumers visiting the store more frequently and buying more items every time they shop.

“Sales have grown by 4.7% compared with last year and this is now the fourth month in a row that Tesco has experienced sales growth of more than 4%.

“This strong growth has translated into increased market share – up 0.5 percentage points on this time last year, the supermarket now holds a 22.3% share of the market,” the director noted.

“Despite Tesco’s success, there are only 0.3 percentage points separating the top three supermarkets – with the festive shopping period well and truly underway, any of these retailers could secure the top spot at Christmas.”

Meanwhile, Aldi and Lidl are tied for fourth position, capturing 11.2% of market share each. Lidl enjoyed the second fastest growth rate in the market, behind Tesco, with sales growth of 3.3%.

With Christmas just around the corner, shoppers are stocking up on festive treats. Christmas pudding and mince pie sales are soaring – up 12.6% and 2.5% respectively on this time last year.

Wine sales are also up by 8%, giving the market an extra holiday boost worth €9 million. 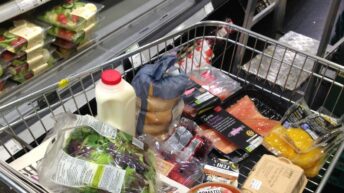 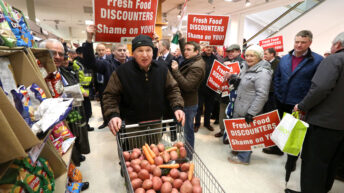