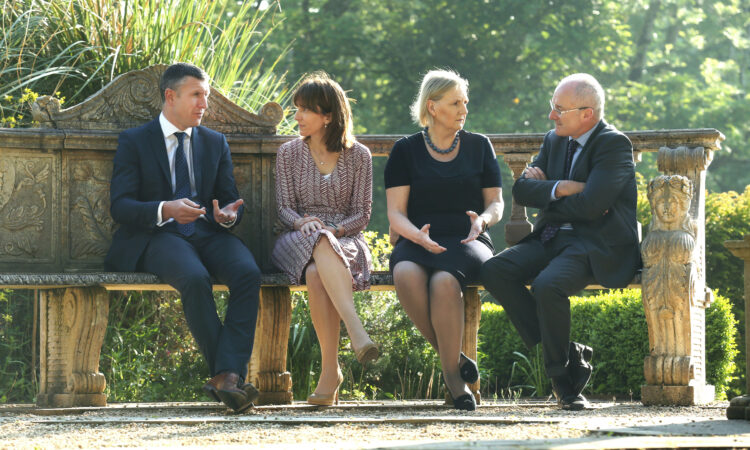 The Irish agri-food industry needs to embrace diversity, particularly at board level, a meeting of agri-business professionals in Naas this week, heard.

The panel discussion was organised by Ceres, the new women in agri-food leadership network. It aims to inspire another generation of role models within the industry.

The key recommendation from the event was the need for the agri-industry to continue to work collaboratively to address the issue of “unconscious bias” to maintain a competitive advantage.

Diversity is not just about introducing more women; but a broad range of thinking at senior level, it was stressed.

The event was chaired by Ciara Jackson, agri-food and beverage practice leader at Aon; she is also a co-founder of the agri-food diversity and inclusion forum.

This advisory group is currently undertaking research which will inform a strategy on how the Irish agri-food sector can continue to move away from its reliance on the leadership decisions of dominant groups.

Brid Horan, non-executive director and former deputy CEO, ESB, and founder of 30% Club Ireland said she looked forward to the time when a woman could enjoy the same levels of achievement, recognition and inclusion as a man of similar talent.

Inclusion for women brings diversity of thinking, better customer awareness and better performance by organisations and indeed by teams. Various factors impact on women in business – including unconscious bias and their caring roles.

“With most couples now managing two careers; these issues are increasingly important for men too.

“Organisations that deal with these challenges are the ones that will succeed, attracting the best talent, getting the best from employees and delivering the best outcomes for customers and for their owners,” she said.

‘Time is not a healer’

Brid strongly advised organisations not to wait for time to create gender balance. “Time alone doesn’t fix other problems and it won’t fix this one,” she said.

The panel acknowledged that while the number of women in CEO positions in the Irish agri-food sector has increased in recent times, female representation on boards and at senior management level is still low – and far from the 30% base-line considered international standard.

Brendan Gleeson, head of policy and strategy at the Department of Agriculture, Food and the Marine said that his department was aware of the need to foster a more diverse industry.

Sean Farrell, head of agriculture, Bank of Ireland, said his organisation is leveraging “the power of difference” to drive progress in inclusion and diversity through organised employee support networks.

Bank of Ireland, he said, has also committed that by the end of 2021, all new management and leadership appointments will follow a 50:50 gender ratio.

The panel acknowledged that many agri-food businesses are much leaner operations; however, it said some may find it difficult to know how to address the diversity issue on a much smaller scale.

As part of the agri-food diversity and inclusion forum’s strategy, a dedicated tool kit will be developed to provide companies, of all sizes, with a road-map for developing a diversity strategy, the meeting heard.

“The Irish agri-food industry needs to continue to work together for the greater good to ensure that we continue to attract and retain the best and brightest talent, in order to remain competitive, and continue to grow our hugely successful food and drinks industry, on a global stage,” it stated.