According to the owner, they are all genuine ewes and are being sold for no fault only due to a change in the farming system.

All of the ewes are scanned in-lamb to Texel and Charolais rams and are due to lamb from March 5 onwards. The average scan across the flock of ewes was 210%.

The sale will consist of:

On the day, ewes will be sold in lots of five upwards according to age. All of the ewes have been vaccinated for toxoplasmosis and enzootic abortion, as well as being done with Heptavac P, according to the owner of the flock.

Some pictures of the ewes on offer can be seen in the gallery below. 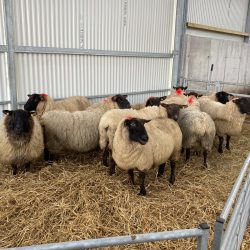 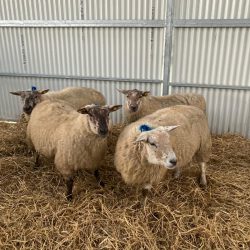 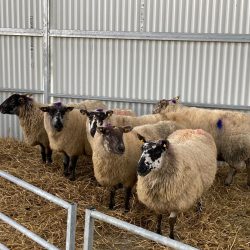 Clearance sale of Cheviot ewes sell to €340/head at Tullow

A clearance sale of over 100 “exceptional” Cheviot ewes took place at Tullow Mart on Tuesday (February 2) in conjunction with the mart’s weekly sheep sale.

The consignment, bred by the Leybourne family from Tullow, were in “fabulous condition and came to the ring with no faults”, according to the mart manager of Tullow, Eric Driver.

The consignment consisted of three and four-year-old, full-mouthed ewes, that are due from March 1 on and are in-lamb to pedigree Suffolk rams. All the ewes were vaccinated for toxoplasmosis and enzootic abortion and done with Heptavac-P.

The first lot into the ring ended up topping the sale, with the winning bid coming in at €340/head. The consignment of the 100+ ewes averaged €281.