Did you know that Kerry Ingredients have more than one plant in Malaysia?

The Kerry plant outside Kuala Lumpur in Malaysia

In 1998, Kerry group ventured as far as Malaysia. From that time to 2007, the company set down its first base and built up a reputation in the region.

In 2008, the company moved out across the country and now has five plant locations in Malaysia and 2,000 employees across south-east Asia.

Minister for Agriculture, Food and the Marine Michael Creed visited the Kerry plant on the final day of the Bord Bia Trade Mission to Indonesia and Malaysia. Located outside the city of Kuala Lumpur, Kerry has built up a very successful business.

Emulsifiers and texturants are processed at the plant. Speaking about the company’s success in the region, the minister said that Kerry set the standard and that – as a country Ireland – often flies on Kerry’s coat tails. 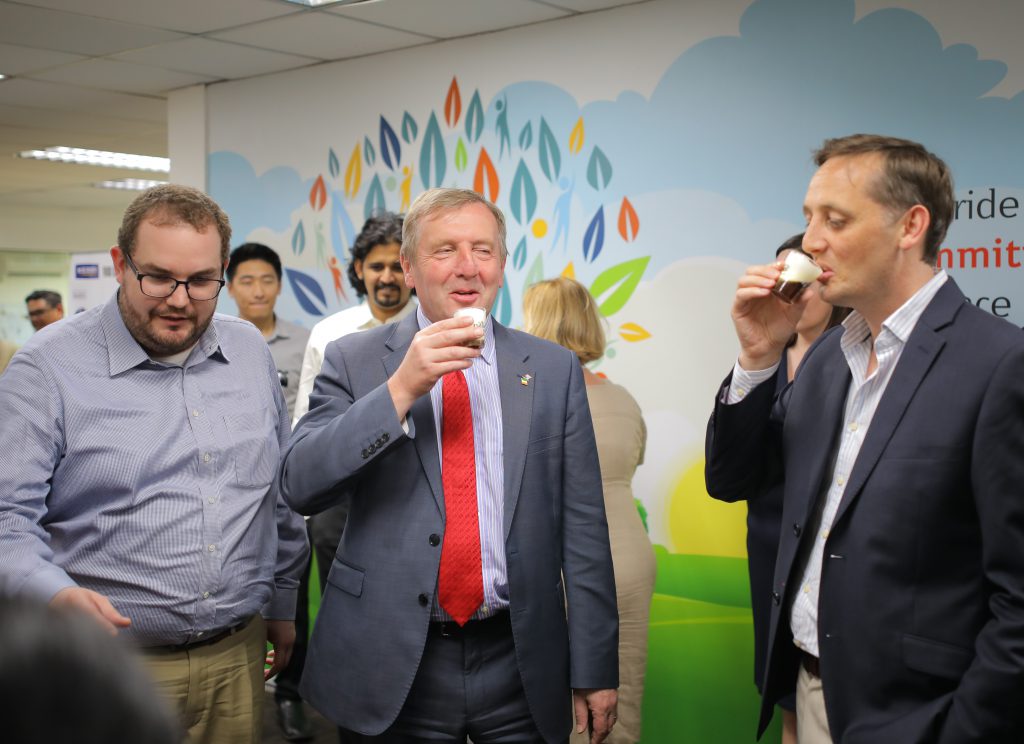 He also commented on the fact that Kerry has stuck to its heritage and brought dairy tastes to the region.

A key part to their success, according to Dudley Neary (finance director for south-east Asia), is having people on the ground who know the taste preferences of a region. After this, it is important to be able to produce those products in the region and avoid supply chain issues.

In the past 10 years, consumer choices have changed rapidly towards convenient and healthy products, without interfering with taste.

Among the products produced at the plant that AgriLand visited are sauces for KFC and McDonalds in both Malaysia and Singapore. The Malaysian division of the company also makes flavours for Pringles as far away as Africa and syrup for Starbucks in Malaysia.

Malaysia has one of the highest millennial populations in south-east Asia, many of whom are eager to try new things, especially in food. Kerry has found that customers now need to be provided with knowledge.

The rise of the middle class in the country has resulted in customers being willing to spend a little bit more on food for a better product.

An important point to note about the region is that diabetes is common and the government are most likely going to introduce a sugar tax on products. As the region becomes more food wise, healthy logos are also being placed on food.

What do families eat in Indonesia and Malaysia?