Department of Agriculture ‘trying to hold knackeries to ransom’

Knackeries are owed money from the Department of Agriculture, Food and the Marine going back as far as last December, according to the Animal Collectors’ Association (ACA).

Speaking to AgriLand, a spokesperson for the ACA said the department informed the organisation that the money due to the knackeries under the old Fallen Animal Scheme will not be paid unless they sign up to the amended scheme announced yesterday, Tuesday, February 25.

“We’re due money from the old [Fallen Animal] scheme since the middle of December 2019 – and the department has told us they’re not paying us unless we sign into this scheme.

They’re trying to hold us to ransom. That [outstanding payment] is for animals that have been collected from the middle of December up to now.

The ACA representative added that knackeries will remain closed from tomorrow onward until the situation has been rectified in its entirety, saying “it’s full closure until this is sorted”.

It was noted that the only contact received by the group from the department since knackeries halted animal collection services today was an email expressing surprise that the ACA has not accepted the amended scheme.

This, the ACA spokesperson said, was in spite of written statements from knackeries over the past few months outlining issues with the scheme.

The representative said that the strike will continue until a package is put on the table that will benefit knackeries financially and the farmers.

“We want to protect the farmer at all costs. The charges to them would double otherwise.

“A scheme needs to be put in place where the department is subsidising the collection of every animal so that the farmer won’t have to be charged anything more than current rates,” the ACA spokesperson said. 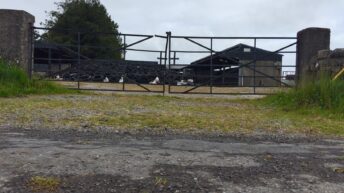 Knackeries to close their gates in strike from tomorrow