A move by An Bord Pleanála to delay a final decision whether or not to approve a meat processing development in Banagher, Co. Offaly, “only serves to delay the introduction of much-needed competition”, according to one TD.

Independent Laois-Offaly TD Carol Nolan noted that the planning board had been due to make a decision yesterday (Monday, January 4), but this was pushed back due to an appeal that was lodged in August.

“It has been clear to almost everyone involved in this process just how important this new facility could be in terms of stimulating the local rural economy, expanding market competition and making Co. Offaly attractive as a site capable of generating inward investment,” Nolan argued.

Unfortunately, any kind of resolution to the project has being delayed yet again, and on what I would consider to be very weak grounds.

The TD explained that – according to her understanding – An Bord Pleanála accepted the appeal on “questionable” grounds that Offaly County Council may not have adhered to government policy.

According to Nolan, these grounds for appeal are tenuous, as “we know for a fact that the current Programme for Government states it is fully committed to the future of the beef sector and introducing steps to mitigate the serious hardship and low-income challenges that beef farmers have experienced”.

Nolan claimed: “Some of the clearest ways to achieve these outcomes is by supporting competition and reducing the existing cartel-like structures and monopoly.

The Banagher facility would certainly play an important role in all of this.

“The communities of Offaly and indeed the wider midlands region deserve clarity and commitment to this project. That is not being helped by the acceptance of grounds for appeal that have little if any relationship to reality,” she concluded. 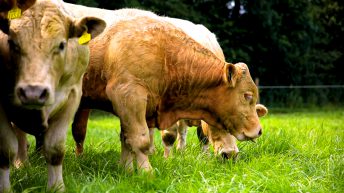