Good weather to last until Wednesday 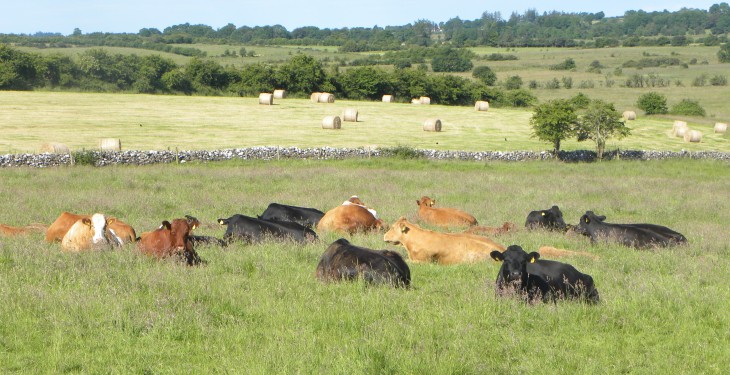 According to Met Eireann, the best of the weather this week will be between now and Wednesday. The early part of the week is set to be largely dry with just one or two isolated showers, it says.

Form Thursday onwards however, forecasters are saying there will be rain at times. Nevertheless they do say it will be a decent week overall.

Last week saw some welcome rainfall with many farms in dire need of moisture to kick-start growth after a number of dry weeks. Rainfall of 100-140% of average was recorded in parts of the east.

As for the coming week rainfall will be below average. According to Met Eireann Tuesday, will be a warm, dry and mostly sunny day, with just light variable breezes.

However cloud will build a little in the afternoon with the chance of an isolated shower or two further south of the country.

Wednesday will be dry and warm over the eastern half of the country, with partly cloudy skies, but with some hazy sunshine too. Top temperatures 19 to 22 C. After a dry start over Connacht and west Ulster, with some hazy sunshine, it will soon become breezy and fairly overcast, with patches of rain, drizzle and fog moving in off the Atlantic during the afternoon and evening.

A cloudy, misty start to Thursday, with some drizzle in places. It should dry out and brighten up over Leinster, east Ulster and east Munster for the afternoon and evening, with some hazy sunshine locally. Highs of 18 to 22 C., are expected, in moderate southwesterly breezes. But over west Ulster, much of Connacht and western coastal parts of Munster, cloud and mist will persist, with some further rain and drizzle. Highs here of 17 to 19 C., in a fresh and gusty southwest wind.

Friday will be close, humid, but increasingly windy. A little hazy sunshine in eastern areas at first, but the latest charts indicate that wet and windy weather along the Atlantic Seaboard, sometime in the morning, will push across the country in the second half of the day.