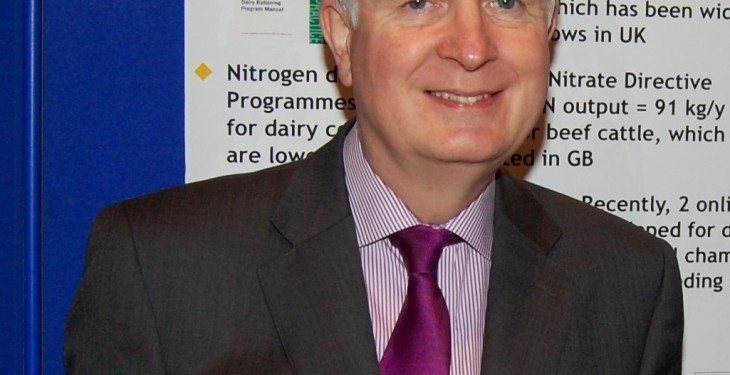 Dale Farm, the dairy processing unit of United Dairy Farmers Co-op, has reported a 30% increase in sales for 2013 – a result of an ambitious growth strategy it says.

In its annual report, it reveals that overall sales in Dale Farm grew by 30% to £293 million with consumer product sales up 15% to £168 million and food ingredients sales up by over 80% to almost £100 million.

It says its exports were helped by strong demand from international markets, especially in Russia and China, and total exports grew to £102 million.

It also announced that it paid its highest ever milk prices to members in the year. Dale Farm processes over 80% of United’s members’ milk and helping generate a record price, especially through its Red Tractor bonus scheme, which accounts for the majority of United’s milk pool. The average milk prices paid to members in Northern Ireland increased by 7.2p/L to an average of 32.9p/L and members benefited from not only Dale Farm Red Tractor bonuses but also a reduction in the butterfat base for milk payments.

The Group’s results for the year ending March 31,  2014, show turnover up by £25 million to £443 million, largely as a result of exceptional growth in the Dale Farm business and a strong performance from United Feeds, the Group’s other manufacturing business which saw sales turnover grow by 10% to £52.7 million. Group operating profit in the year at £7.39 million was up over 40% on the previous year.

Commenting on the results Chief Executive, David Dobbin said that the company’s ambitious growth strategy was starting to pay off and that performance was helped by strong international markets and the company’s major investment in cheese and whey processing. “We saw strong growth across all our businesses with cheddar and butter consumer products both delivering strong growth and increased share of the UK market and our exports of cheese, whey proteins and specialised powder ingredients also growing strongly.”

Dale Farm’s strong sales performance came on the back of its £39 million investment programme which was completed last year, with a spend of £8.9 million in the year. A significant proportion of the investment was at the Dunmanbridge operation in Cookstown, where a new state of the art cheddar cheese and nano filtration whey processing facility was completed during the summer of 2013. This additional capacity proved extremely useful in helping to handle the record NI milk production this spring.

During the year, Dale Farm purchased the Mullins Ice Cream business in Kilrea in April 2013 and the Ash Manor Cheese Company in Wrexham in February 2014. Both businesses have complimented Dale Farm’s existing activities.  In May this year Dale Farm also purchased Fivemiletown speciality cheese business.

Reporting on the first quarter of the new 2014/15 year, David Dobbin said that dairy market returns had weakened as a result of exceptionally high milk output this spring and by adverse exchange rates. “Milk supplies have been very high this spring, boosted by better weather and by better market returns, the impact of this and of the strong recovery in the value of sterling against the US dollar and euro is eroding our returns, especially from international markets, which are well down on last year.”