The 2015 harvest, despite some weather delays, has now been completed with good reports on the yield and quality fronts, a Dairygold spokesperson has said.

Dairygold has already paid an initial ‘on account’ payment of €125/t for green barley, wheat and oats.

Diarygold has also paid €300/t for oilseed rape, €180/t for contract beans and €170/t for non-contract beans on a regular basis throughout the harvest.

The Dairygold Board has this week agreed the final grain prices as per the table below:

In the case of barley, wheat, oats and contract malting barley, the prices are inclusive of €5/t premium based on minimum purchase terms.

The spokesperson said that the above prices are inclusive of the bonus payment which was available on the basis of the level of Grain Seed and Agrochemical purchases from the society during the season.

The bonus payment plan for green grain, excluding futures contracts, supplied at harvest time will continue for the 2016 season and will again be based on Grain Seed and Agrochemical purchases during the season.

Dairygold has announced that final top-up payments for all growers will be issued within 10 days with bonus payments will following in November.

Speaking at the Teagasc National Crops Forum in Kildare recently the Teagasc Research Officer said that like the UK, there are increased numbers of chemically resistant aphids developing in Ireland, and at present it is evident in 4% of the population.

“The grain aphid has become increasingly difficult to control in the UK, it reduces grain yield through the transmission of the Barley Yellow Dwarf Virus (BYDV), which impacts greatly on the yield of winter sown barley crops,” he said. 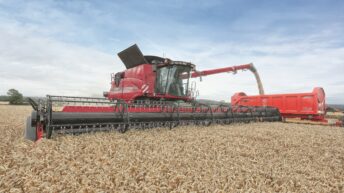 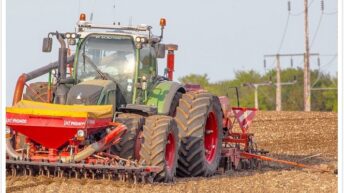