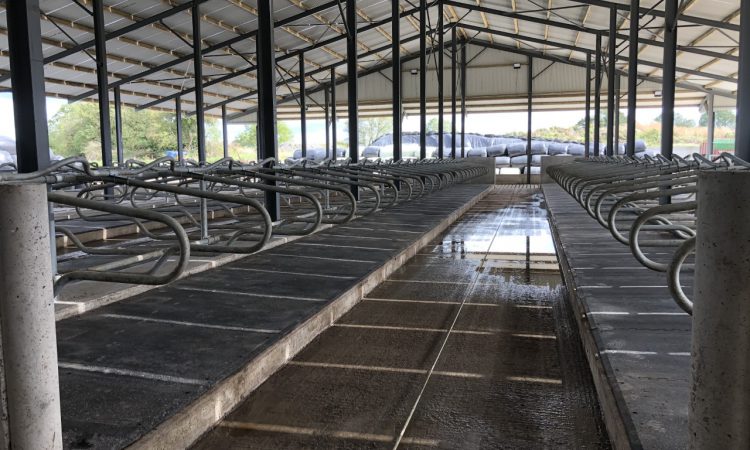 Figures released by the Department of Agriculture, Food and the Marine (DAFM) show that nearly €24 million was paid out to farmers under the Targeted Agricultural Modernisation Scheme (TAMS II) between mid-September and December of 2020.

In the data released by the department, a county-by-county breakdown was also included.

It was no surprise to see that the counties which received the greatest amount of that figure were dairy stronghold areas, mainly in the south and east of the country.

Taking a look at the figures in more detail, the county which received the largest chunk of grant money was Cork. A total of €5,055,57.33 was paid out to farmers in the rebel county between mid-September and December of last year.

The county to receive the second-highest proportion of money was Tipperary.  Farmers in the premier county received €2,111,501.73 under TAMS II in the last third of 2020.

Other counties that invested heavily with the help of TAMS II were Kilkenny, Wexford, Limerick and Wexford. Between the four of these counties, over €6.2 million was paid out.

The counties to receive the smallest portion of TAMS II money were Leitrim, Dublin and Longford.

Additionally, under the Green, Low-Carbon, Agri-Environment Scheme (GLAS) traditional farm building grant scheme, a sum of €275,768 was paid out in the same time period (mid-September to December).

A county-by-breakdown of grant money paid out under TAMS II can be seen in the map (below). 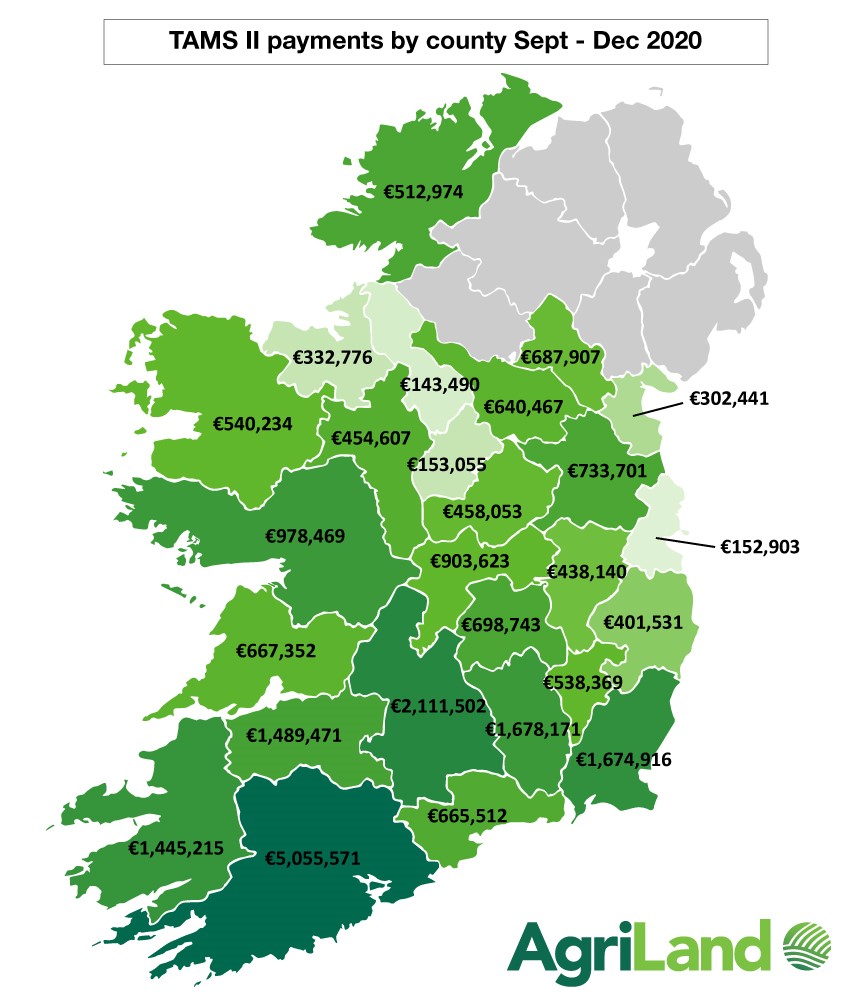 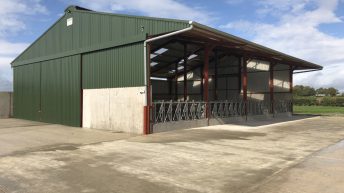