Dairy product prices rose by over 6% at the latest Global Dairy Trade (GDT) auction and the Ulster Farmers’ Union (UFU) has urged processors not to delay in passing this increase on to farmers.

The UFU has begun a series of discussions with local milk processors and buyers this week and the union said it is hopeful that market prices have turned a corner.

UFU Deputy President, Ivor Ferguson said that with the recent recovery in milk prices it is time for the processors to ease the cash flow pressure on farms by passing on some of these gains.

“Recovery looks firm and this is reflected in the UFU milk price indicator, which has risen by 3p/L in the last six weeks.

Farmers have faced a long and severe downturn and we want processors to make passing on these gains a priority to boost hopes that this financial pressure will finally ease.

“We will be pressing this case further as we meet with other processors in the near future,” Ferguson said.

Speaking after the first meeting with Lakeland Dairies, Ferguson said that the past two months has brought a ‘favourable combination of factors’ that point towards a sustained recovery in milk prices.

“These recovery hopes have been boosted by the latest GDT auction delivering an increase of 6.6 per cent, putting the price at its highest level for nine months.

“Our involvement in exports means the weakening of sterling has added to the momentum of rising milk prices. On top of this, initial figures suggest local production, year on year, could be back by almost 5%,” Ferguson said.

Meanwhile, co-ops are going to have to up their game if they want to be able to count on anticipated supplies of milk in the last quarter of 2016, according to the Irish Creamery and Milk Suppliers Association (ICMSA) Dairy Spokesperson Gerald Quain.

Quain said that the introduction of the voluntary production reduction scheme has given farmers options and if co-ops want milk supplied in the last three months of 2016 they are going to have to respond with higher prices.

“With the option now of a payment that might cover all overhead costs for those months, farmers will think long and hard about producing milk at a time when direct costs can be significantly higher than other months,” Quain said. 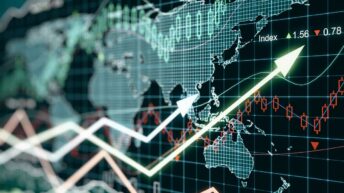