No decision made on Government matching EU dairy package funding 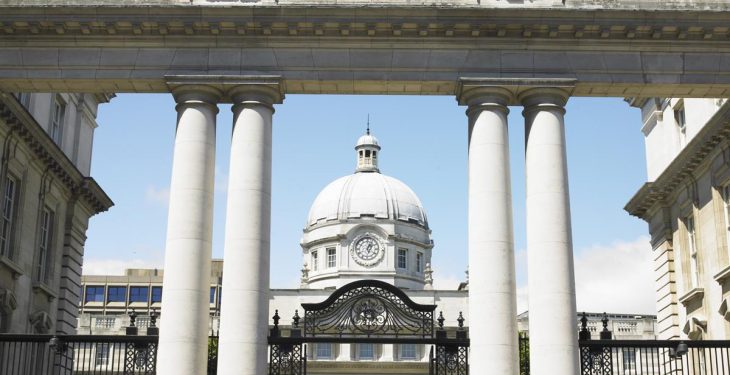 It remains to be seen whether the Irish Government will match the €11m the state received via the latest EU dairy package.

The package announced in July includes a €350 million conditional adjustment aid measure to be implemented by Member States – from which Ireland will receive €11.1m – and a €150 million EU-wide measure to support voluntary reduction in milk production.

In a statement to Agriland, the Department said the package was further discussed by Member States at Management Committee level in July, with the aim of finalising an agreement regarding the exact details of the package, issues such as reference periods, flexibility in implementation etc in August.

It said no decision has been made on the question of matching funding.

Both the IFA and the ICMSA have called on the Government to match the funding to create a fund of in excess of €22m.

Last year, the Government matched a €13m EU dairy aid package and used the funds to provide dairy farmers with a lump sum payment of in the region of €1,400 with young dairy farmers receiving and additional top up.

On this occasion, Member States can only use the funding for measures that contribute to ‘market stabilisation by freezing or reducing production’.

This means a once-off payment to farmers, as was paid out under the last dairy package, will not be allowed. Countries can also use the funding for all livestock sectors, except pigs.

Initial speculation surrounding the use of the new funding includes a fund for low-interest loans to facilitate cash flow for viable enterprises with debt issues.

Financial instruments can take the form of loans, guarantee funds or equity investments and currently the funding for any such FIs would have to draw on Ireland’s existing RDP allocation of European funding as well as National Exchequer funding. It is also possible to incorporate funding from other sources for such instruments.

It is understood that funding for the setup, training for and running of a credible dairy futures market in Ireland has also been proposed.

There is also the possibility that the funding could be used to top up payments under the new supply reduction scheme.