Dairy farmers are looking to increase cash flow in the spring time by getting the most value for their calves by using beef AI sires, according to several cattle breeding companies.

Beef sired calves can make up to €350-400/head at three-four weeks old, in comparison a dairy sired calf might only make between €70-100 at the same age, according to Enda Dooley from Dovea Genetics.

Beef sires that are easy calving with a short gestation period are proving most popular with dairy farmers, as they try to get their cows back milking as quick as possible, Dooley said.

There has been a year-on-year increase of between 7-8% in the use of AI in general in the dairy sector.

“Easy calving bulls such as Angus and Hereford that have a short gestation period are proving the most popular.

“We have bought in more of these bulls in an effort to keep up with the market, because if we don’t have them farmers will go to another company that will,” Dooley said.

The use of Belgian Blue bulls has taken a big hit recently due to the breeds longer gestation period, meaning the cow takes longer to get to milking, he also said.

Belgian Blues have a longer gestation and can run over time, while Angus and Hereford are generally on time or even one or two days under.

The fall in the use of the Belgian Blue breed has also transferred over to the beef sector, due to fewer markets for breed’s offspring, but Dooley does expect the breed to grow in popularity in two or three years time.

Dovea Genetics has also seen an upturn in the use of high star bulls due to the Beef Data and Genomics Programme, as farmers turn to AI if their stock bull doesn’t meet the requirements of the scheme, Dooley said.

The increase in the level of AI used in the beef sector wasn’t as significant as the dairy sector, but breeding patterns showed that Limousin and Charolais remained top of the list for popularity, he said.

January to October represents the busiest months for Dovea Genetics, with the AI season becoming even more compact as farmers look to AI their cows between April to June, Dooley also said. 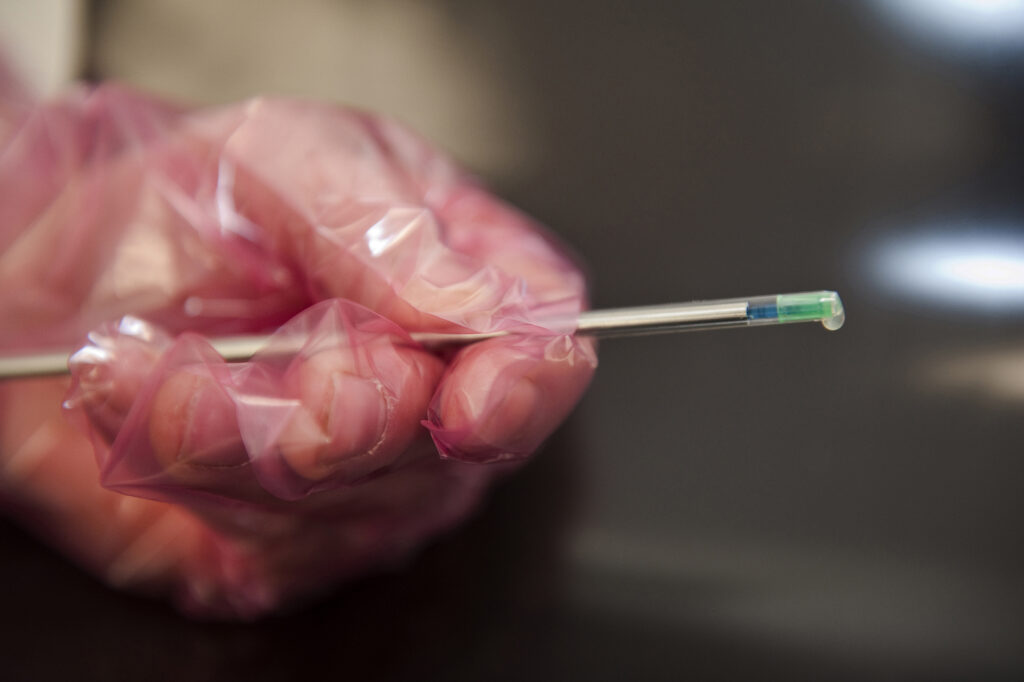 With less of a focus on the expansion of the dairy herd, dairy farmers are turning to beef sires in an effort to increase cash flow on the farm in spring, the Marketing Manger for Progressive Genetics, Laurence Feeney, said.

Progressive Genetics has also seen a decrease of between 10-15% over the last couple years of dairy farmers using AI for autumn calving herds, with most changing to a spring calving system.

“The winter milk market hasn’t been [delivering price-wise for farmers] over the last few years and that has been reflected in the breeding patterns.”

With regards to the beef sector, AI usage has been pretty steady while there has certainly been an increase in use of four and five star bulls due to the Genomics Programme, Feeney said.

“We have picked up herds due to the BDGP scheme, there has been a push on for the use of four and five star bulls in terms of replacement.

“Limousin is still the top breed being used, while Charolais remains in second. There has been more of a switch in the use of bulls rather than the breed this year,” he said.