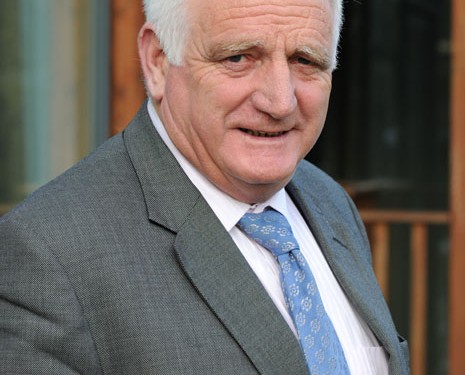 Dairy expansion will be key for rural economic growth and employment he said to the packed house of 350 delegates in Newpark Hotel in Kilkenny.

Clinton said he was fully confident Ireland’s Food Harvest dairy targets will be met and that there will be 100 per cent dairy expansion in Ireland by 2030. “I want you to hurry up and do it.”

He also spoke on his experiences of dairy farming in New Zealand compared to Ireland.

Clinton outlined statistical difference and similarities between farming in New Zealand and Ireland.

He referred to the asset value of Fonterra shares for the New Zealand farmer amounts to US$8bn or €5bn. “The situation that is happening in Ireland where you have a 1,000 or 5,000 shareholders in a co-op with long-term negligible value is not a proper method for a co-op,” he stated.

In terms of debt levels, he said dairy expansion developments in New Zealand were not achieved without debt or increasing debt. “The debt today in New Zealand is about a euro a litre. It is much more in Denmark and Holland, and it is much lower in Ireland. In New Zealand it is about 30 per cent of asset value.”

Clinton also gave an insight into the dairy landscape in Southland, New Zealand.  “In 1990 there was 180 farms supplied milk from 176 cows each. Now there are 920 farms with 515 cows each supplying milk. That is almost 16 times what it was in 1990. There are two milk processing plants.”

Clinton also referred to a plant in Southland which is taking in 15 million litres a day. “It is producing 56 tonnes of milk powder an hour. It is employing directly 400 people and 72 lorries.

“Southland farms what are they like? They vary a lot, from 1,200 cows to 100/200 cows. But the basic farm has 550 cows. In terms of manpower, there are on average three people working directly on the farm, part-time relief measures and calf-feeders. Calving takes nine weeks on average. There is five weeks of AI. Every effort is put in to get cows in calf should be a major focus.”

Clinton also spoke on the new markets available for Ireland. “Of all the products farmers produce milk is the one with a future,” he said matter of factly. “Since 2000, with the exception of the year 2009, the world milk market has been growing two per cent annually. Demand and production is up.”

He spoke on the export markets; China’s one child policy shift that will change milk consumption patterns and the demands for milk in Africa, in particular Algeria.

In terms of banking and expansion, he urged the banking sector to give Irish farmers and the dairy industry “all the money that is needed”.

“What happened with the Fodder Crisis, farmers were going to their co-ops and were being charged two per cent interest per month. That was crippling and it was because the banks did not give them enough money … The fact they had to use this service, in my view, was a serious problem that should not re-occur,” he observed.

In terms of factors that may cause trouble for the future dairy, he noted: “a weather crisis, a fodder crisis, a feed crisis and a bad price for milk”.

The former IFA president also said in the future dairy farm contractors were going to become key. “With the farm of the future, if you bring the West Cork farmer from 70 to 80 cows to 120 or 140 cows, he is not going to cut his own silage. He might put out some of his own fertiliser and he may or may not spread his own slurry. So there will be a huge need for contractors and more suppliers of people, who come in for short terms.

“In case there are too many stars in anyone’s eyes, dairy farming is not about getting rich quick. It is about working harder. Don’t complain about unsocialable hours. Be diligent about your business. Dairy farming is all about keeping the cows alive and milking, not lame, as little or no mastitis, rearing all the heifer calves and not needing too many for replacements.”

Clinton concluded by stressing efficiency, attention to detail and stronger co-ops were key for Ireland in its preparation post-quota.

“There should be stronger co-ops in Ireland. Farmers have to invest and they should be getting a better dividend on that investment. I am very clear, if somebody puts money into an expansion, be that Glanbia, Dairygold, Lakelands or whoever, there should be a return on that greater, greater than the cost of money in the bank. And then farmers will do it and then bankers will give it. It’s a very simple principle.”