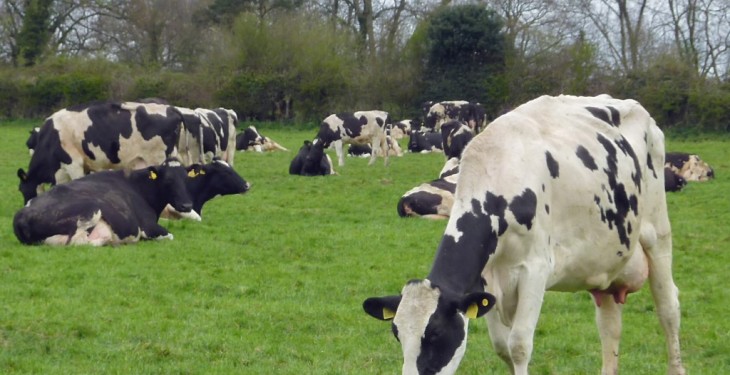 The climate change agreement, about to be finalised in Paris, will force the Irish dairy and beef industries to dramatically review their current expansion plans, according to Green Party leader Eamon Ryan.

“Irish agriculture must now accept that it has to play an important role in reducing greenhouse gas emission levels,” he said.

“And the growth targets for dairy and beef do not stack up, when assessed against the backdrop of the overarching agreements that are about to be finalised in Paris.

“Irish agriculture can look forward to a bright future. Food security has been highlighted at the climate change summit as part of the challenge facing mankind as a whole. Food produced in Ireland will, no doubt, play a key role in this context.

But I do not think that the scale of the current expansion plans for dairy and beef are sustainable.

Ryan is in Paris to attend the final day of the climate change summit. He was interviewed on RTE’s Morning Ireland programme.

He believes that the current internet revolution, in tandem with the growing use of renewables will bring about a new global culture: one based on ecology.

“Green thinking will be crucially important in this new world,” he said.

“The general public are angry with those politicians who try to serve up age old policies, which are not for purpose when it comes to meeting the sustainability challenges of the 21st century.

“The old conservativism is not working.  Increasing numbers of people are becoming angry at the total lack of vision which the current government has when it comes to developing a sustainable future for Ireland.

“Green thinking is revolutionary. And the great hope, in this regard, is that a combination of digital and renewable energy technologies can be brought to bear in an interconnected way, thereby plotting a sustainable future for this country.”