DAFM staff on customs duties at ports triples in 12 months 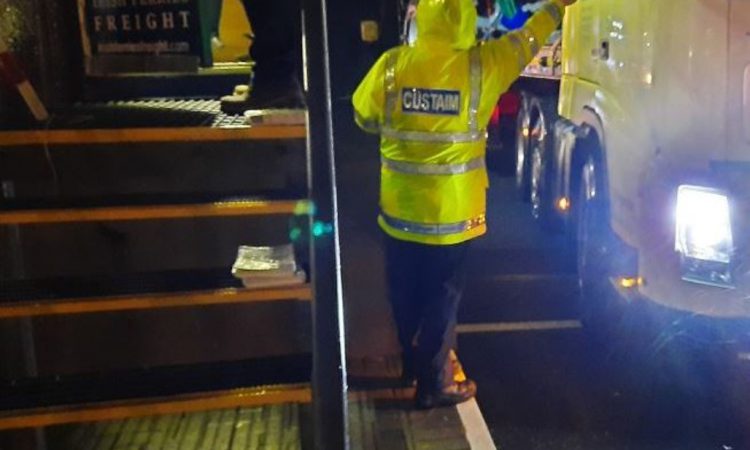 This follows a question on the matter from Sinn Féin TD Darren O’Rourke, who asked for the number of Department of Agriculture staff that are employed to deal with customs checks at airports and ports in January 2020 and in January 2021.

In his response to deputy O’Rourke, the minister said:

“My department engages staff in portal locations to carry out a variety of duties, including inspections and the facilitation of sanitary and phytosanitary [SPS] controls.

“The Department of Agriculture, Food and the Marine has been engaged in workforce planning to deliver on the expected increased requirements to meet these responsibilities since the UK Brexit vote in June 2016.

“In January 2020, there were a total of 70 Department of Agriculture resources in place in the locations specified.

As of January 19, 2021, there are 250 resources in place and available to undertake Department of Agriculture inspections in the locations specified.

Giving a brief breakdown of this figure, the minister said:

“This includes staff recruited for Brexit, together with some redeployed experienced Department of Agriculture staff, as well as a small cohort of contracted veterinary practitioners necessary to carry out the required SPS checks.

“As supply chains adjust to the new reality post-Brexit, scope remains for further fine tuning of these figures in line with requirements as they continue to evolve,” Minister McConalogue concluded.