Coveney admits 2016 will be challenging for the beef sector 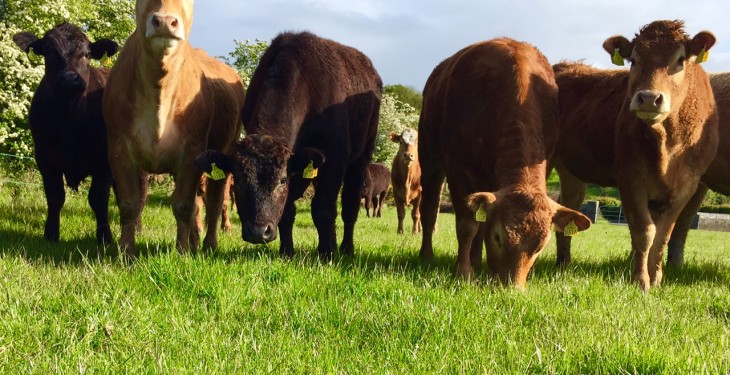 The Minister for Agriculture, Simon Coveney has signalled that 2016 could be a tough year for beef farmers.

However,  he said with careful and considered monitoring of market trends, open channels of intra-sector communication and engagement, access to new export market for beef and live cattle and a continued focus on highlighting Ireland’s high-quality, grass-fed beef system, he believes the industry can ‘overcome’ these challenges and continue to justify the large vote of confidence that this government has placed in the beef sector.

The Minister made the comments in the wake of the most recent Beef forum which saw heated debate over the future of the beef sector.

At the meeting, the IFA said the unacceptable and widening gap between Irish and UK cattle prices along with the issue of price competition and weights, the key issues for farmers.

Its Livestock Chairman Henry Burns said it is clear from the evidence presented by Bord Bia to the Minister, farmers and factories at the meeting, that cattle prices should rise to reflect the much stronger returns from our largest export market.

Beef farmers are facing a tough 2016 as global demand for beef will not match supplies worldwide, according to the latest research from Teagasc.

Figures from the Teagasc Annual Review and Outlook 2016 show that while beef margins were up in 2015, the bigger picture of supply and demand will see farmers impacted by increasing worldwide supplies next year.

After three years of expansion in the dairy herd in Ireland, the impact of this will be felt in Ireland and in Europe next year, Kevin Hanrahan said at the presentation of figures.

Over two-thirds of EU beef comes from the dairy sector, he said, and the herd numbers for September this year show that the dairy herd in Ireland is up 11% while the suckler herd is up 2%.

“The supply outlook is for extra beef supplies, especially in the second half of the year (2016).

“There is a positive demand for beef worldwide, but it is not quite keeping pace with supply.”