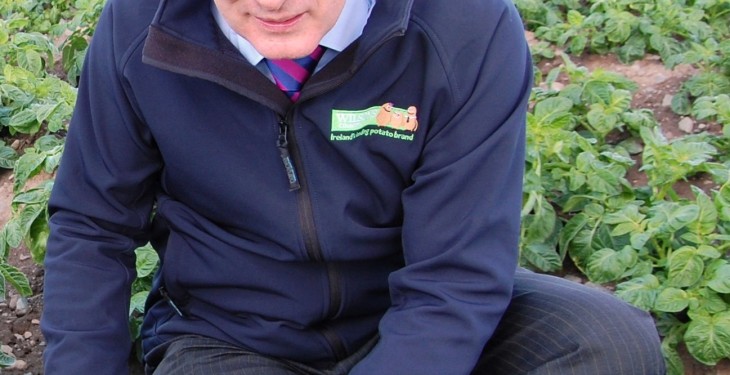 Market research commissioned by potato packer Wilson’s Country has confirmed that the tonnages of fresh potatoes sold on the Irish market have fallen by 17% over the past 12 months. This trend reflects the continuing pressure on household budgets and the strength in potato prices, particularly during 2013.

“The research also shows a strong link between inflation and potato consumption levels. During those period when inflation is high, the level of potato purchases tends to drop off,” Wilson’s Managing Director Lewis Cunningham told Agriland.

The other general trend, identified by the research, is the fact that Aldi and Lidl’s share of the Irish grocery market continues to increase. In the case of Aldi, the company has enjoyed a 21% year-on-year jump in its retail values. What’s more, discounters now account for 13.8% of the fresh potato market in the Republic of Ireland.

While ‘spuds’ still enjoy 96% household penetration across all Irish households, there is a growing shift towards older age groups becoming the main purchasers of the vegetable. “It is crucially important for the potato sector to ensure that younger people continue to have exposure to potatoes,” Lewis Cunningham continued.

“If one looks at the market trends generated over the past number of years, it is now evident that potatoes have been lost from the equivalent of one meal in the week, across all households. This trend must be reversed.”

Lewis Cunningham went on to confirm that high levels of consumer waste is now a deep concern within the potato sector. “The latest research confirms that, each year,  1.9 billion potatoes bought in UK never reach the kitchen table,” he added.

“That works out at almost 6 million potatoes per day. Obviously, consumers are aware of the sheer volumes of potatoes which they are throwing away. And this, in turn, brings up the relevance of smaller retail pack sizes.”

Lewis Cunningham also pointed out that potatoes are now a commodity product, traded throughout Europe. “The Irish potato acreage for 2014 is on a par with last year. And there is every indication that main crops are growing well at the present time. However, there is evidence to confirm that the area planted out in potatoes across a number of European counties is up this year.”