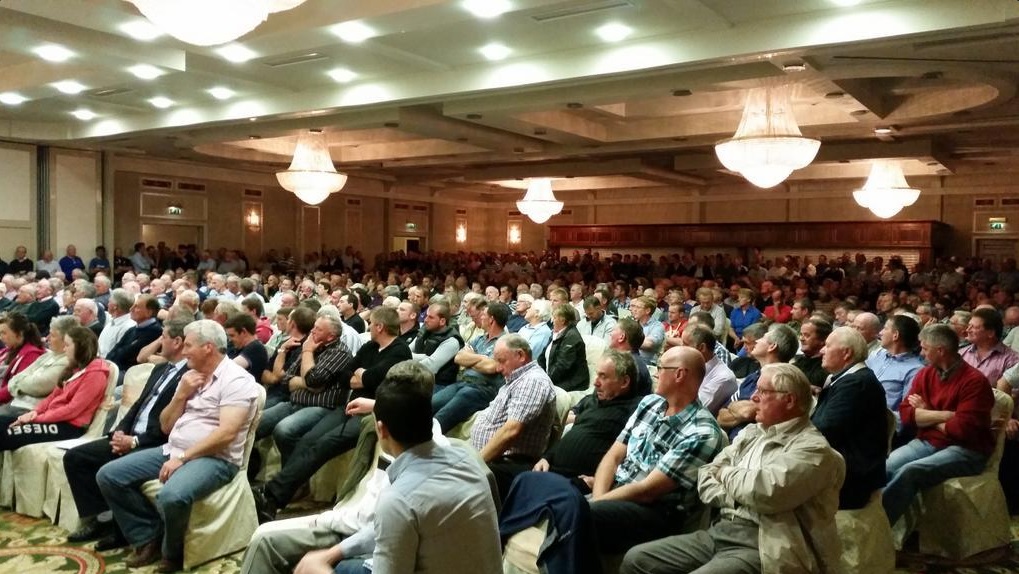 Commonage farmers will not accept collective agreements as a measure to gain entry into the new GLAS scheme, according to the recently-formed Concerned Hill Farmers Action Group.

The group held a public meeting last night in Westport with over 1,700 people attending. Colm O’Donnell, one of the organisers of the event and IFA National Rural Affairs Committee Vice Chairman, said a clear outcome of the meeting is that it now has a mandate, which the group didn’t have prior to this. The Group was recently formed to campaign for changes to the new Rural Development Programme (RDP).

The Tubercurrry-based sheep farmer said the group is campaigning specifically about aspects regarding the need for a collective agreement among commonage shareholders in order to allow them access the new GLAS measures and represents hill farmers throughout Mayo, Sligo, Donegal and Leitrim and the Connemara area.

He said that one of the main messages to come out of the meeting last night is that commonage farmers under no circumstances will accept collective agreement as a measure to gain entry into the new GLAS scheme.

“There was a very strong opinion from the floor that this was unacceptable and unworkable. People in the room called for action on this.”

“This was noted by the group we are going to take time on this and decide where to go next. We are looking to meet the Minister on this issue and looking for hill farmer representation on the Common Agricultural Policy (CAP) implementation committee.”

O’Donnell said that the group also have concerns in relation to the entry requirement for the new Single Farm Payment Scheme. “Under no circumstances should the current draft minimum and maximum stocking rates figures be used to set the minimum activity level on marginal land for acceptance into the new scheme. That is a deal breaker for us.

“These draft figures where only to be used as a toll for discussion on the implementation of the scheme and under no circumstances should they be used.”

According to O’Donnell something that came very strong from the MEP’s at the meeting was that the EU is not implementation mode yet and that is contrary to the view of some farm organisations.

“While the MEP’s are happy to give their support they did note that the CAP has now been signed off by the European Parliament and is now with the Commission. But that did say they are more than happy to outline our concerns in Europe.”