The European Commission has presented a new plan to reduce EU greenhouse gas (GHG) emissions by at least 55% by 2030, compared to 1990 levels.

The 55% target is based on an impact assessment which, the commission argues, shows the target is “realistic and feasible”.

The new measures from the commission include an amendment to the proposed European Climate Law to include the new 2030 target, which would be considered a “stepping stone” to the 2050 target of climate neutrality.

The European Council and the European Parliament will be invited to confirm this 55% target as the EU’s contribution under the Paris Agreement.

The commission will set out legislative proposals by June 2021 to implement the new target. These proposals will include: revising the EU trading system; adapting an ‘effort sharing’ regulation and a framework for land use emissions; reinforcing energy efficiency and renewable energy policies; and strengthening CO2 standards.

Commenting on the new plan, Ursula von der Leyen, the President of the European Commission, said: “We are doing everything in our power to keep the promise that we made to Europeans: make Europe the first climate neutral continent in the world, by 2050.

“Today marks a major milestone in this journey. With the new target to cut EU greenhouse gas emissions by at least 55% by 2030, we will lead the way to a cleaner planet and a green recovery,” she added.

Europe will emerge stronger from the coronavirus pandemic by investing in a resource-efficient circular economy, promoting innovation in clean technology and creating green jobs.

Along with all this, the commission has also adopted an assessment of member states’ national energy and climate plans for 2021-2030.

According to the commission, this assessment shows that the EU generally is on track to surpass its current 2030 emissions reduction target of at least 40%, due to renewable energy developments.

Renewable energy systems would be expanded as part of the new 2030 target, and this will be subject to further consultation before June 2021.

As part of that, the commission has also adopted rules for a new renewable energy financing mechanism, with the aim of “making it easier for member states to work together to finance and deploy renewable energy”. 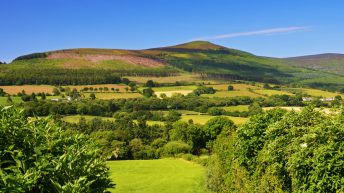 €1 billion European call for projects that respond to climate crisis