Climate change measures outlined in the recently published National Mitigation Plan must not “compromise the capacity for sustainable food production“.

The plan was published on Wednesday, July 19, by the Department of Communications, Climate Action and Environment.

This effectively means that agricultural emissions are balanced by increasing carbon-sequestration, reducing emissions from the land sector, as well as by increasing fossil fuel displacement and energy-intensive materials displacement, the plan added.

The plan highlights that the Irish agriculture sector is committed to ensuring that growth continues on the basis of sustainability, so that Ireland can play its part in meeting the increasing global food demand while having regard for its climate obligations.

Through proactive use of research, technology and institutional arrangements, the sector is also committed to demonstrating how “better sustainable agricultural and land management and resource efficiency can reduce emissions”, the plan added.

These measures would be undertaken while improving the resilience of food production systems and contributing to climate action.

The sector must be in a position to anticipate and adapt to the negative impacts of climate change, as well as looking to maximise the benefits for the food production system.

In Ireland, agriculture accounts for about 33% of national emissions, according to figures published in the National Mitigation Plan.

The plan highlights that this figure reflects the “importance of agriculture to the Irish economy, the significance of an efficient, grass-based livestock industry and Ireland’s lack of heavy industry”.

Advertisement
Meanwhile, the forestry sector – through afforestation and the use of forest-based biomass (FBB) and wood products – apparently offers considerable scope for climate change mitigation.

This could be the equivalent to between 20% and 22% of agricultural emissions on an annual basis, the plan added.

Initiatives under the Green, Low Carbon, Agri-Environmental Scheme (GLAS) – designed to maintain and enhance carbon stocks on agricultural land – also have a “significant role to play”.

Figures show that Methane (CH4) and nitrous oxide (N2O) make up the majority of Irish agriculture greenhouse gas emissions. This can be attributed to the dominance of cattle and sheep livestock production.

Reaction to the National Mitigation Plan

Responding to the publication of the plan, Friends of the Earth claimed the government’s “long-awaited” plan doesn’t do enough to reduce Ireland’s climate-changing pollution.

The plan has been described as “very disappointing” and “more of an ‘action promise’ than an action plan” by the Director of Friends of the Earth, Oision Coghlan.

“It’s good to see Taosieach Leo Varadkar state in his foreword that what we need is a ‘societal transformation’, ‘sustained policy change’ and the resources to back that up. But then the document just doesn’t commit to enough policy change.

There’s no end date set for burning peat and coal electricity for example; two measures that the government was first advised to do 19 years ago.

“There’s nothing concrete on supporting small-scale solar to actually enable communities to take part in the energy transition by making schools, sports clubs and parish halls into locally-owned power plants – something the Taoiseach himself says he supports.

“The document is honest about the scale of the challenge we face and our lack of progress so far, but it simply doesn’t commit to enough new actions to reduce pollution,” Coghlan concluded. 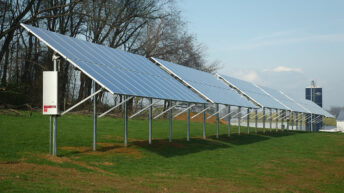