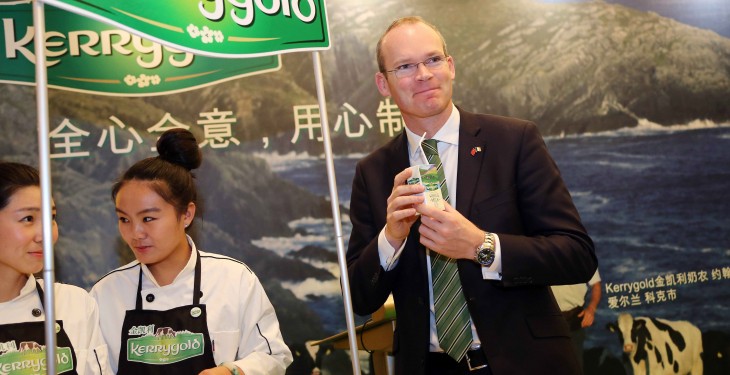 The decision by the Chinese government to allow 600,000 couples to have a second child will help drive growing demand for western dairy products, according to Yili Group Research and Development Director Liu Biao.

He said that  Chinese milk processors will be looking to secure additional dairy products from Ireland to help fill this demand.

“We are already sourcing milk powders from Dairygold and Glanbia, specifically through that company’s (Glanbia) US business,” he said. “And we want to build on this for the future.”

Mr Yen made these comments during a visit made by Irish dairy trade representatives to the Yili dairy on the outskirts of Hohhot City in Inner Mongolia, the largest infant formula manufacturing facility in Asia.

“We are aware that Irish milk output is set to expand significantly over the next five years. This growth will come at a time when dairy consumption levels in China should grow accordingly. There has been a lot of focus placed on the demand for infant milk formula in this country. And the decision by government to allow 600,000 Chinese couples to have a second baby will help grow this demand further. However, we foresee that people of all ages will increasingly turn to dairy as a source of high-quality nutrition,” Biao added.

The Yili representative also confirmed that members of his R&D team are currently working with counterparts in an Irish dairy processing business to develop a protein-based supplement, specifically for older people.

“The new product will allow people over 55 to retain muscle mass,” he said.

“Potentially, this is a very exciting development. However, I am not at liberty to confirm the identity of our Irish partner in the venture at this stage.”

The Yili Group generated a turnover of €5.28 billion during the first nine months of 2014. This represents a 16 per cent increase on the same period last year. UHT milk drinks constitute the most important growth area for the business.

“There is a tremendous demand for certified organic liquid milk in China,” Mr Biao said.

“This is because consumers recognise that milk of this type has been produced to a much higher standard. The Chinese dairy market is driven by consumer confidence in the safety of the products they are buying.”