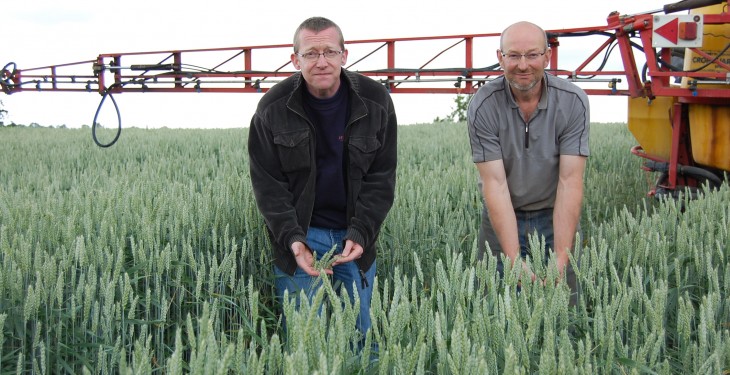 A group of international researchers, including Rothamsted Research scientists in the South of England, has used a series of climate scenarios to predict the frequency and severity of weather extremes affecting wheat production across Europe in the next 50 years. The researchers found that probability of more than one of extreme events occurring during a wheat cultivation season is likely to increase.

The severity of their effect on wheat yield depends on the type of the cultivar. For instance, late cultivars that undergo flowering and maturity later in the year are at high risk of being affected both by heat and drought stress. On the basis of these predictions the consequences of possible adaptation strategies (e.g. switching form late cultivars to early and others) are explored. The study is published in the journal.

Europe has the largest wheat production in the world and it represents 25% of the global wheat area. In Europe there is high diversity of environmental zones and wheat-producing regions will be affected differently by the extreme climatic events according to the predictions of the present study. This suggests that adaptation strategies should be considered region-by-region within Europe.

Dr Mikhail Semenov, of Rothamsted Research and one of the lead scientists of the study said: “This is the first time, to our knowledge, that a study has considered multiple stresses on wheat under climate change. Despite large uncertainty in CMIP5 climate projections, modelling predicts an increase in probability of adverse weather events, which may affect wheat production across Europe. Adaptation strategies will be region specific: whereas in some regions, it is important to breed cultivars tolerant to heat stress, in other regions, adaptation should focus on water logging, lodging or field accessibility.”

Professor Martin Parry, leading the 2020 Wheat programme of research strategically supported by the BBSRC commented: “The results of this study are of great significance for food security in the future. Successful cultivation of high quality high yielding wheat depends on many parameters. In order to adopt appropriate strategies currently and focus on research that will provide solutions in the future we must develop accurate model predictions that account for most of these parameters. This has been achieved in this study.”