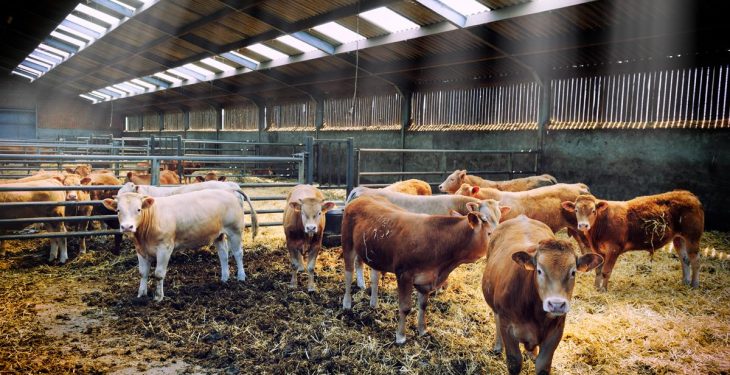 Deadweight cattle prices have increased across the board in the UK with the trade once again being in a more favourable position for producers, according to the AHDB.

It says a more advantageous supply/demand balance is continuing to drive the market, despite reports of late suggesting that the improved prices have brought more cattle forward than would have otherwise been expected.

AHDB estimates suggest that at 32,600 head, numbers killed last week were 9% ahead of year-earlier levels.

It says producers who are able to supply supermarket specification cattle, fitting processors requirements at short notice are currently best positioned to take advantage of the robustness in the market.

At 324.5p/kg (391c/kg), the British all prime average was up another 2p (2.40c) on the week. This represents another notable week-on-week uplift since the market turned its corner eight weeks ago. It means that the measure has strengthened almost 15p (18c) since then and has reached a level last seen in early March.

Cull cow prices were firm again, according to the AHDB on the back of the continued good demand for manufacturing beef and a more favourable sterling/euro exchange rate.

Following the referendum result, one of the first effects was seen in UK currency. The value of the pound fell sharply against the euro during the day after the result. Further falls have been seen at the beginning of this week, as uncertainties continued.

The AHDB says while being less of a driver for the prime trade, given the commodity nature of the cow beef trade onto the continent, such movements have a greater impact. It says at 213.7p/kg (257c/kg), the average cow price was up another penny on the week earlier.