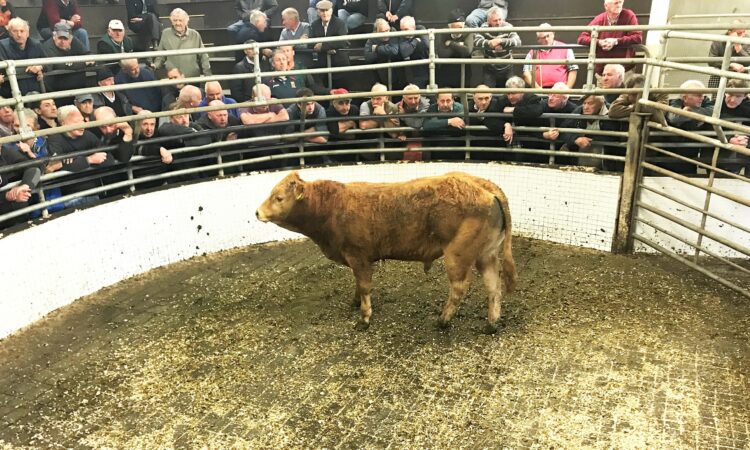 Although rain has fallen in some areas in Ireland, it didn’t even scratch the surface in terms of grass growth. Again, small sales have taken place at marts across the country; customers are still quiet, while poor prices have discouraged some farmers from selling.

Poorer-quality cattle have come on stream and prices have decreased for these animals. Cattle with dairy influence are still struggling and are negatively effecting the trade.

Again, it’s the quality of the stock that is driving prices. Good-quality forward stock are proving popular among farmer customers.

Friesian cull cows coming on stream have also negatively affected the trade and many of these lots have been sold for under the €1.00/kg mark.

Some 450 cattle and 40 calves went under the hammer in Carnew Mart, Co. Wicklow, on Saturday last; a full clearance was reported with beef and forward cattle proving popular. Bulls were also reported to be in demand from export buyers.

Heifers were reported to trade well; stores made €320-680 over, while beef lots went under the hammer for €550-900 along with their weight.

Forward cattle, suitable for further feeding, met with a better trade in Raphoe Mart last week, according to the mart’s manager, Anne Harkin.

Plainer heifers were reported to have improved slightly, while the younger store bullocks “held the trade very well”.

A number of aged bulls passed through the ring on Thursday and the best of these, a Hereford bull, made a top price of €1,740. He weighed 1,045kg.

Beef and store cows met a steady demand, with the trade similar to previous weeks. However, there was a little bit more life to the trade for forward lots.

Cattle numbers were reported to be on par with last week’s levels at Ballinrobe Mart, Co. Mayo, on Wednesday last, according to the mart’s manager Tom Jordan.

He noted: “The trade is still on the quieter side, probably partially due to the shortage of grass and the uncertainty surrounding the factory prices.”

A number of weanling bulls also passed through the Mayo-based venue. The top price in this category went to a Limousin bull weighing 325kg; he sold for €815 or €2.20/kg.