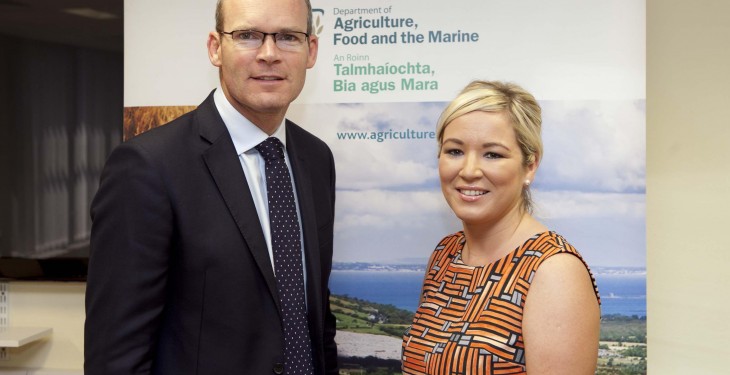 There is no cartel in the Irish beef industry, the Minister for Agriculture, Food and the Marine Simon Coveney has said.

Speaking on RTE’s Morning Ireland this morning, the Minister said he is happy that competition is what is should be. “If anyone has any evidence that some kind of cartel is going or that competition is not working as it should then I need to hear about it.” However, he said the Competition Authority has looked at the situation and said there is competition in the sector.

He said his view is there is no love lost between the processors, or between farmers and processors.

He also said that the implementation of the spec’ has changed, but not not the spec’ itself. “There is an oversupply of cattle so retailers and processors are much choosier about the beef they want.”

The medium- and long-term outlook for red meat is strong, he said, and expects the short-term will see a reduction in cattle supplies next year and an increase in economic growth which, he says, will have a positive impact on prices.

“The reduction in price from this week to this time last year was 10%, not 25% and last year (price) was an all-time high. That being said farmers are finding the going very tough. It has been bad year for beef.”

While Tesco has said it will not buy beef of mixed origin, which is affected cattle being finished in Northern Ireland, the Minister said he is meeting with other UK retailers in the coming weeks to discuss the issue of ‘nomad’ cattle.