Proposals in the EU budget to limit payments at €100,000 in the Common Agricultural Policy (CAP), ‘mean nothing and are a cop-out’ according to the Irish Natura and Hill Farmers Association (INHFA).

A spokesman for the INHFA said: “The proposal in the EU budget to limit payments at €100,000 in the Common Agricultural Policy [CAP], doesn’t include any payments made under the proposed eco-scheme and it also allows for the introduction of labour units, so effectively this €100,000 limit means nothing and is a cop-out.”

It follows news today (July 21) that the EU has signed off on a €1.8 trillion budget and Covid-19 recovery package – after four days of negotiations.

“For many of our members on low payments, there needs to be better clarity on this in the upcoming CAP and through the transition period.

“In relation to the support fund as a result of Covid-19, we are quite shocked that the proposed funding for rural development has been halved from €15 billion, as proposed only two weeks ago, down to €7.5 billion.

How this happened despite the overall budget staying the same at €750 billion is a point that must be answered.

“Unfortunately, this will impact on funding supports for farmers and Ireland’s ability to draw down our fair share of the overall fund as we are not as urbanised as most other EU countries,” the spokesman concluded.

The budget for the Common Agricultural Policy (CAP) for the next seven years is included within the package, with an upper limit figure of €356.3 billion (and what the council refers to as ‘2018 prices’) under the heading of ‘Natural Resources and Environment’.

Also Read: CAP budget ‘agreed’ for the next 7 years

While retaining Pillar I and Pillar II sub-headings (for CAP), a new delivery model brings both pillars under a single programming instrument – namely the CAP Strategic Plan.

The document states that direct payments, under the CAP Strategic Plan Regulation, will “not exceed €239.9 billion”. 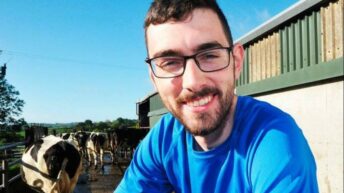