Imagine walking out in the morning to check your 550-strong flock of sheep and you can hardly see them.

She went out to check on the flock on her farm in Shamrock, Saskatchewan in the snow and tweeted these photos of what was in front of her:

In the first photo, it’s possible to make out the sheep in the photo, however, in the second photo it’s not so easy.

The coats of the flock are light brown and blend in with the fauna and the snow, making them difficult to spot. It’s not the first time spotting the sheep has been difficult for the farmer.

It also becomes difficult to spot the flock in spring and summer, with Kennedy tweeting this photo of the sheep in the long grass. 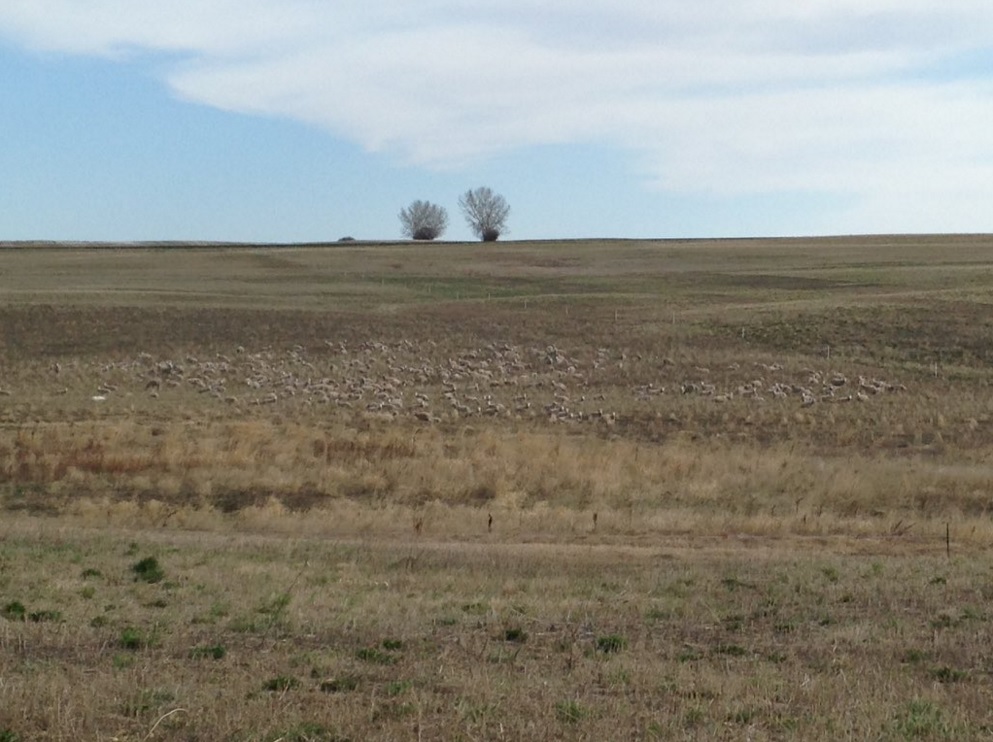 Trying to spot the sheep from afar isn’t the easiest thing either. In early September, Kennedy tweeted a photo of the flock out in a field.

She points out that the white dot in the field is a truck carrying water to the field, while the brown dots around the truck are the sheep.

In this photo there’s 1,300 sheep in the photo, how many can you count?

The white spot in the middle is the water truck. The other 1,300 or so spots around it are the #sheep pic.twitter.com/x4GM7aXEAg