Can you afford to leave 5p/L behind you? 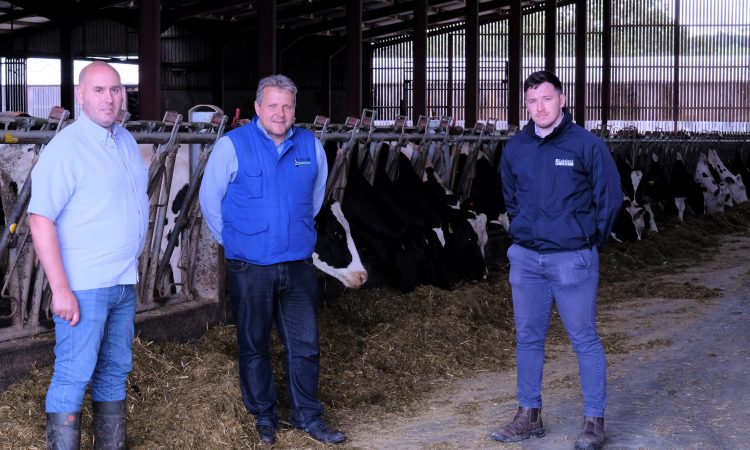 The TMS programme focuses on problems in cows such as ketosis, mastitis, milk fever and retained cleanings which are usually the result of poorly managed cows during the transition period.

The poor transition from the dry period into lactation is costing Northern Ireland dairy farmers as much as 5p/L.

Farmers who took part in Phase One of the TMS programme with Lakeland Agri and Premier Nutrition saw tangible results in terms of herd health as well as financial improvements. The TMS programme is open to Lakeland Dairies NI suppliers only.

One such farmer who has seen the first-hand benefits of TMS is Alistair Thompson from Co Tyrone.

Overlooking the Lakeland Dairies production facility at Artigarvan, Co. Tyrone, the milk from Beaverlodge Farms hasn’t far to go before it is processed into nutritious, fresh dairy produce.

The man at the helm of this proactive farming business is Alistair Thompson.

Previously Alistair would have been managing all aspects of the business on the ground; however, more recently, he has taken a step back to focus his attentions on dry cow and young stock performance, and to drive the business forward from a managerial perspective. 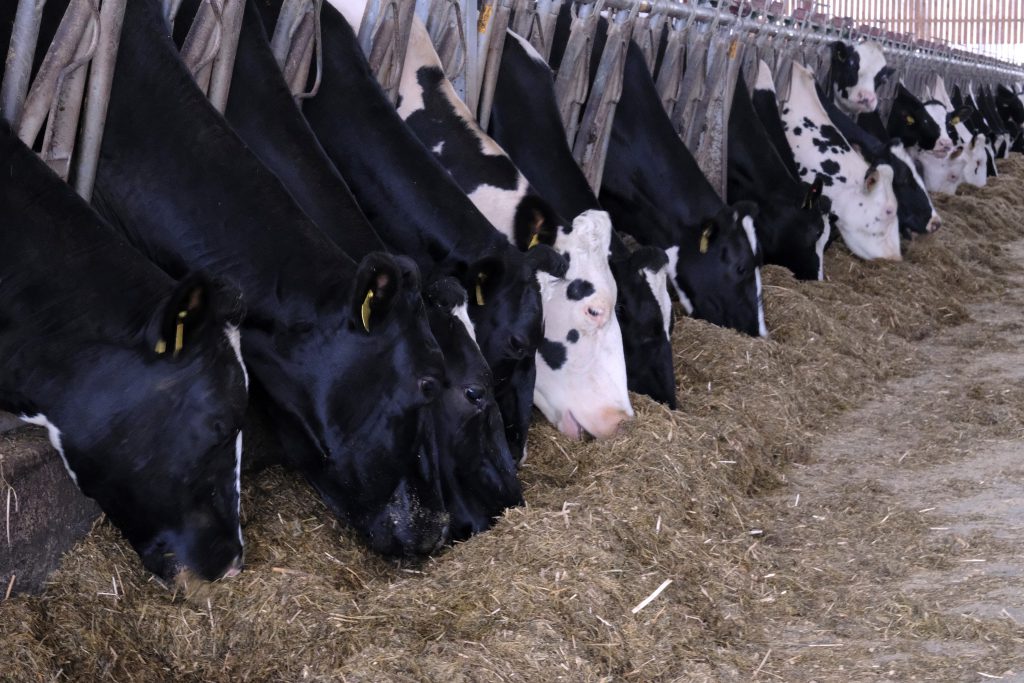 Due to this set up, Alistair felt that the management was being stretched across both herds and due to concerns over the supply of good labour and wanting to simplify the system, the herd has been consolidated to now reside on one unit alone.

Alongside the consolidation process, the herd also underwent a phase of expansion.

Today, over 600 cows are milked on the farm, with the system evolving to now having all high performing, fresh cows housed, while the staler cows are grazed full time (with a small buffer feed).

18 months ago, Beaverlodge Farms joined the Lakeland Agri TMS programme, as a way of improving the efficiencies around the transition of their cows from the dry period into the milking herd.

The Lakeland Agri TMS programme is a management tool, whereby an independent assessor walks through the cows once per month to assess a number of key criteria in the fresh cow, and the close up dry cows, which when combined will give the individual farm a score to assess the success of their transition programme.

Michael Boyce, manager of the milking herd on Beaverlodge Farms, had the following to say on the farm, as it was 18 months ago.

“Body condition score (BCS) was a problem, as was lameness. We were having some issues with retained cleanings and milk fevers also. The fresh cows were sitting at around 38 litres on average at the time, with the overall herd sitting around 27.5 litres. The average days in milk was 215.”

Through their involvement in the TMS programme, the major issues that was affecting the herd were highlighted. Utilising this information and results of detailed forage mineral samples, the Lakeland Agri technical team suggested a number of changes that could be made regarding the transition period.

Eighteen months on and the herd is in a vastly superior position. There now is virtually no issues with retained cleanings or milk fevers. Variation around BCS has improved, as has lameness, and subsequently milk production also.

Michael had the following commentary on the herd currently:

The difference in the cows is like night and day. Lameness and particularly culling due to lameness has almost been eradicated. Body condition has improved massively. Current performance in the high/fresh cows is 44L on average, with the entire herd average sitting at 31L.

“Fertility has improved, with a lot more cows conceiving to first service and the overall herd empty rate down by 7%. Days in milk has decreased to 180 days currently, which shows we have really tightened up on the fertility in the system.”

Speaking on the success of the TMS programme, Alistair said:

“TMS has given us a focus on areas we probably knew were important but we just weren’t tuned into enough. Cows are cleaning really well and coming to their peak milk quickly. Peak milk is up six litres/cow, which adds up to real benefits for us. Body condition is exceptional. Our transition cost have reduced from roughly 2.8p/L to just over 1p/L, which is substantial for any farmer.

I can see the difference in getting the transition period right now; we have a lot more milk in cows, less transition issues, and a big improvement in fertility, which I heavily put down to the Lakeland TMS programme, along with utilising the Lakeland Ultrabalance Dry cow mineral also.

“I would highly recommend the TMS programme, the technical support, and advanced product selection of Lakeland Agri to other farmers who wish to fully exploit the potential of their herd.”

As places are limited, any Lakeland Dairies milk supplier interested in submitting their name for Phase Two of the TMS programme which is set to commence should contact one of the Lakeland Agri Technical Sales team or call our Customer Services Centre today on 028 3026 2311.