According to their figures only three per cent of herds calve over three months of the year. The figures also show that as herd size increases, calving interval decreases which means that bigger herds are much more efficient when it comes to reproduction.

An absence of tight, defined calving seasons on beef farms is evident from the above stats. Teagasc says the question is always asked is there any advantage in having a short compact calving spread and the answer had to be an emphatic, yes.

It highlights the following points should be borne in mind in relation to a compact calving season:

This will be one of the key areas which will be addressed at a major open day for beef farmers and the industry taking place on June 18 in Teagasc, Grange, Co. Meath. 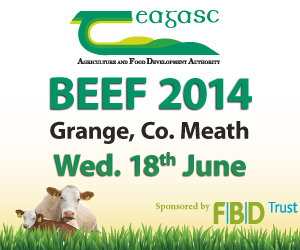