Call for more potato-processing capacity: Has Grimme got the answer? 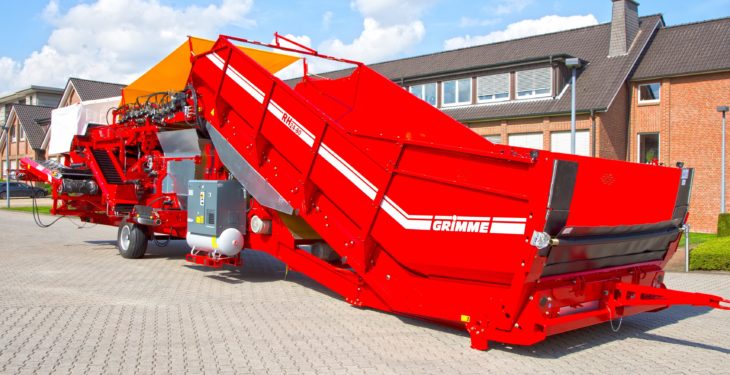 Grimme’s range of potato handling equipment has been given a boost, thanks to the new addition of the PowerCombi to its RH line-up. It will be at Agritechnica (in Germany) in November.

Claimed to be operating with up to 98% efficiency and requiring only one individual to run it; the new grader has a receiving hopper with a capacity of 28m³, followed by three 2.4m-wide PU (polyurethane plastic) coil separators and, finally, an optical sorter.

In totality, this results in a supposed output of around 100t/hour – a 25% increase on previous models.

A “well-positioned and spacious” inspection platform is said to offer good all-round visibility, enabling a view over the “whole separation system”.

The first separator has three banks of infinitely-adjustable rollers, made out of polyurethane plastic. The first eight coils are for separating loose soil and breaking up lumps. The remaining 13 coils are divided into two separators.

Following the PU coils is an inspection table, leading onto the new optical Field Potato Sorter (FPS); it removes lumps, stones and other waste products.

Built by specialist company Tomra, the FPS scans all items “on the fly” with an infrared sensor. It flicks out recognised lumps, stones and other unwanted waste using small plastic fingers.

An electro-mechanical sensor, above the main product conveyor, apparently avoids the danger of the FPS getting damaged by items such as large stones or wood.

An air hose is also fitted as standard, to aid with cleaning the machine.

In other Grimme news, the manufacturer also recently unveiled what it describes as “its biggest ever self-propelled potato harvester”.

With no less than 530hp at its disposal (courtesy of a Mercedes engine), the four-row Ventor 4150 comes with a capacious 15t hopper (bunker). 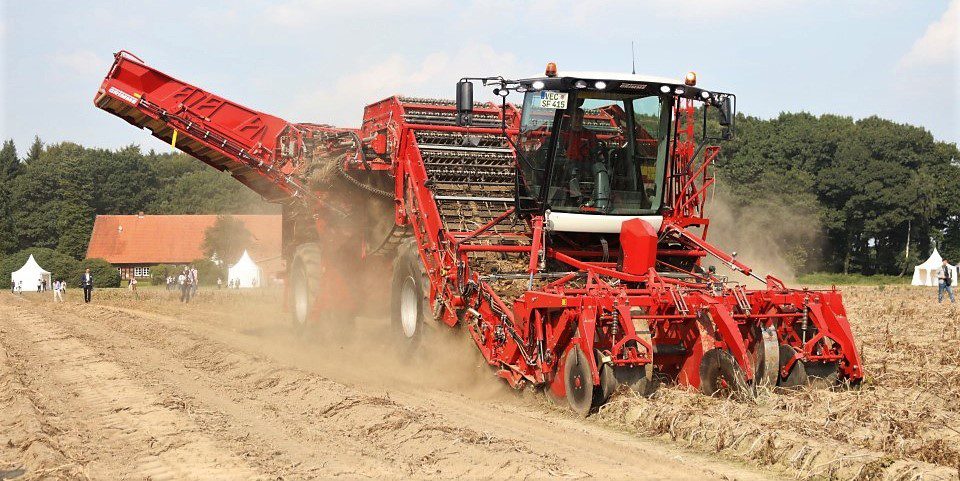 According to Grimme, the crucial element of this machine is the integration of the existing “SE principle” into this new harvester. The SE separation system is currently used on the company’s one-row and two-row trailed (bunker-type) machines.

The SE system consists of “special”, multi-level conveying, lifting and sieving webs. It also incorporates a “wide-meshed” de-vining web and an inspection platform (enabling “clean” crop to be harvested, without even the need for a haulm topper up front).

The system has not – heretofore – been fitted to Grimme’s four-row harvesters, due to “technological barriers”.