Farming in Rathkeevin, Clonmel, Co. Tipperary, Robert Dower and his father Tom run a tidy and efficient suckler-to-beef enterprise. The farm – which stretches across 200ac – is home to 100 suckler cows. calf

The father-and-son team also buy in, rear and finish stock originating from the dairy herd. They aim to finish continental bulls and heifers under 16 months and at 20-21 months respectively. Dairy steers are slaughtered at 22 months.

Robert also operates a small tillage enterprise from which they keep most of the barley for feed. It is crimped, treated and stored on-farm. This barley is then used in a finisher ration.

Cattle are started on silage and finished on ad-lib meal and a straw-based diet. Normally, heifers are finished outside at grass.

With one eye on expansion, a new calf shed  – with the capacity to house 100 calves – was constructed in recent weeks. calf calf

In relation to the build, Robert said: “We built the shed to facilitate growing numbers and to make the rearing of calves a little bit easier on ourselves.

“We were keeping them in a few different sheds around the yard. Now, we will be able to house them all in the one unit and it will be easier to manage them,” he explained.

The floors are sloped in the pens to a channel, which will catch any run-off and keep the straw bed dry. These channels are piped to a tank in another slatted unit close by. 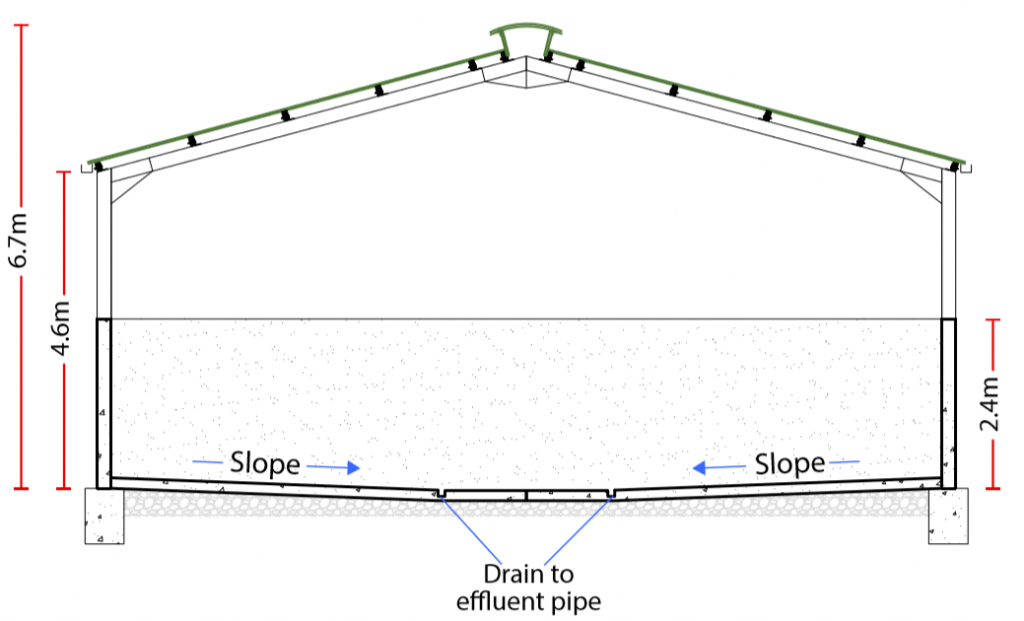 The unit contains eight separate pens, which are 4.8m long and 4.6m wide. The centre passage is 2.8m wide.

“We designed the pens so the gates could be opened out. This allows two pens to become one if needs be. It will also be handy for when we are cleaning out the shed. The calves can be moved into the centre passage and the gates shut across,” he explained. 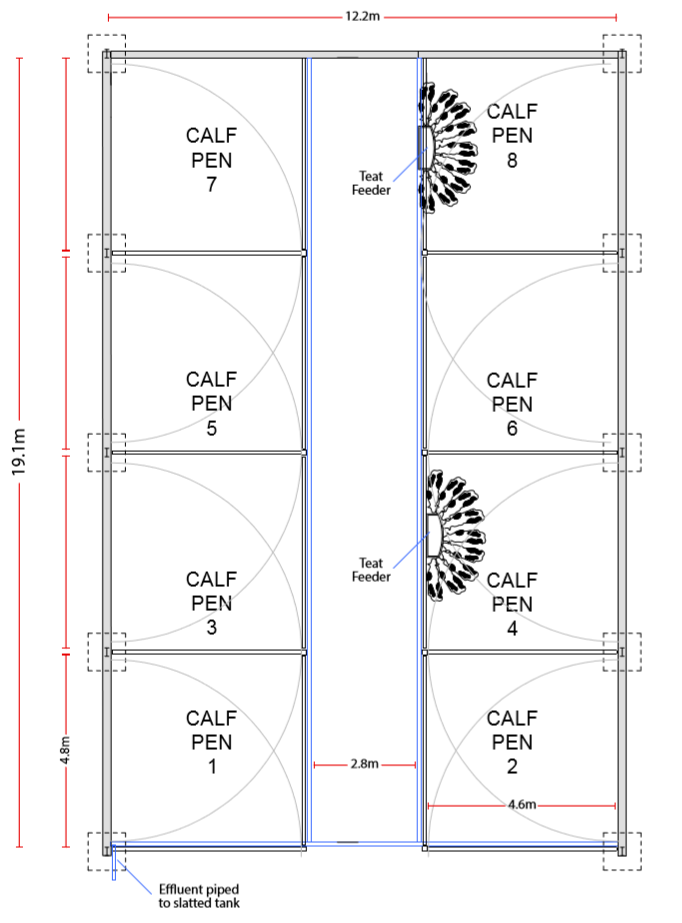 Robert has provisions in place to install a water heater and milk replacer mixer (which is piped through the concrete) at the back wall of the unit. This will be used to prepare the feed for the calves.

The four-bay shed has vent sheeting over the 2.4m concrete walls. In relation to ventilation, he added: I suppose it will all depend on the weather. On a very windy day, we will close the doors.

Perhaps – if the weather was fairly still – we would have to leave one of the doors open; but its great to have the option.

He continued: “We were in a bit of a dilemma when deciding whether to use vent sheeting or space boarding. In the end, we went with the sheeting and that’s what we’re going to stick with for now. We will see how it works out.” 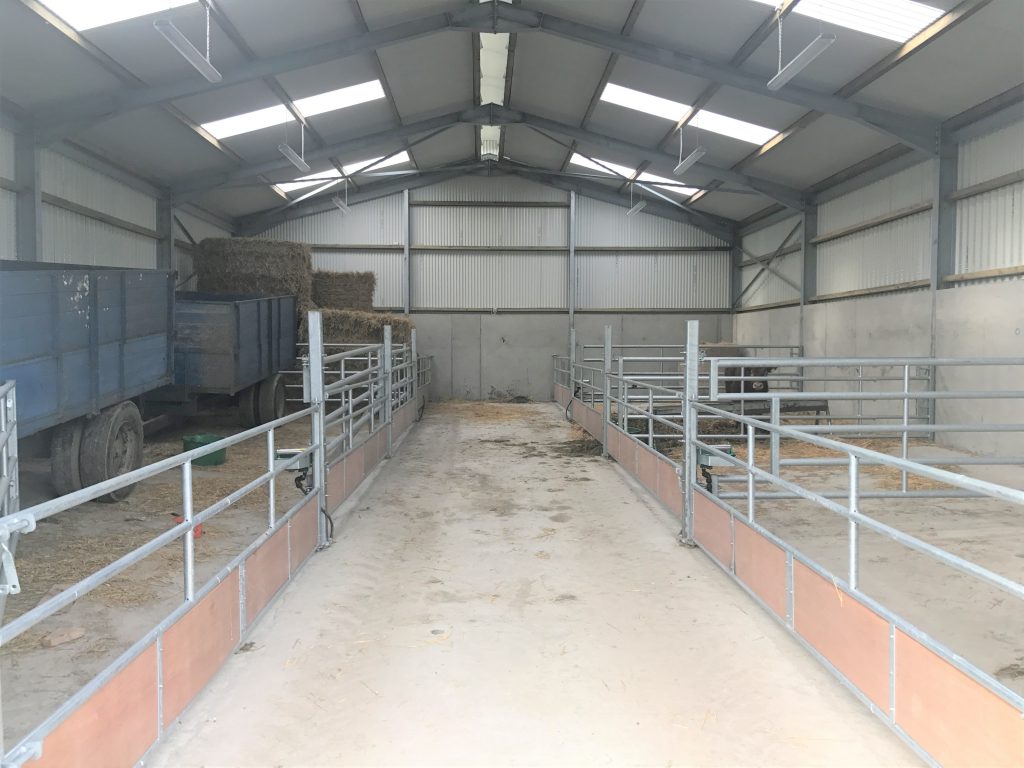 There is also a vent at the apex and a mesh screen to keep birds out should the shed be used to store meal, grain or straw during the summer.

There is a skylight and perpex light in each pen. There are ‘X-brace’ safety bars located underneath the roof, which provide adequate support.

Drinking water is piped in underground. The simple design water troughs have a bung underneath to facilitate a quick and easy clean out. The gates are designed so the animals can drink from both pens. 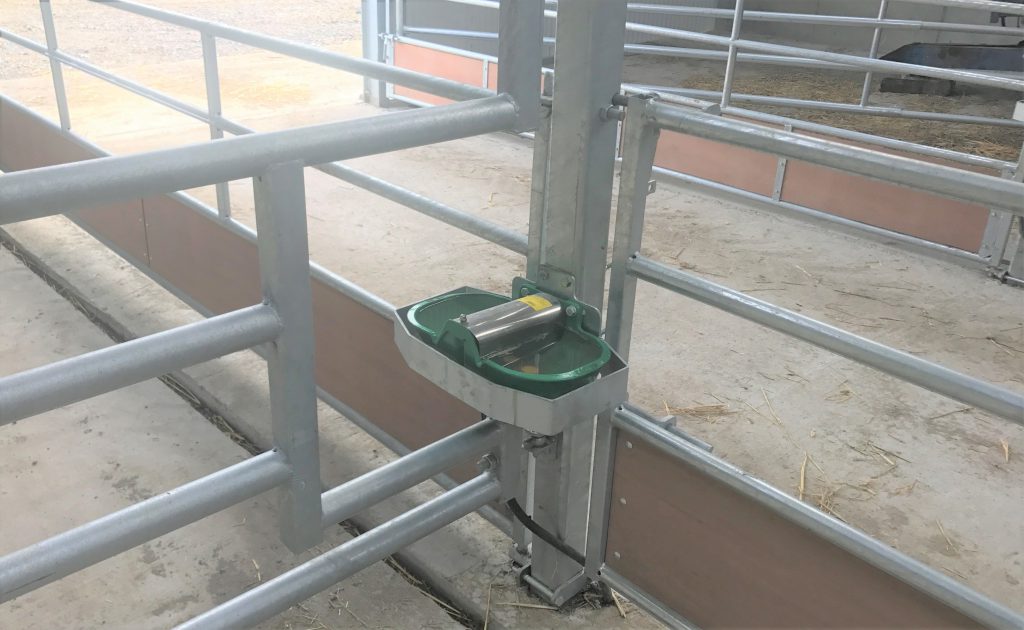 The feed-face gates at the front of the pens have been designed so that weanlings can be put into the shed. They have been built strong enough and silage can be fed down the passage.

The unit can also be used to wean calves from his suckler herd.

“It will be good to get the weanlings settled on a straw bed before we put them on slats. We can hold them here until we have cattle killed and then move them to the slatted house,” he explained.

One of Robert’s own designs was to weld a solid bar on the gate – to off-set the base of the feeder. This, he says, will keep the drinking trough level; allowing all the calves to have an even supply of milk. 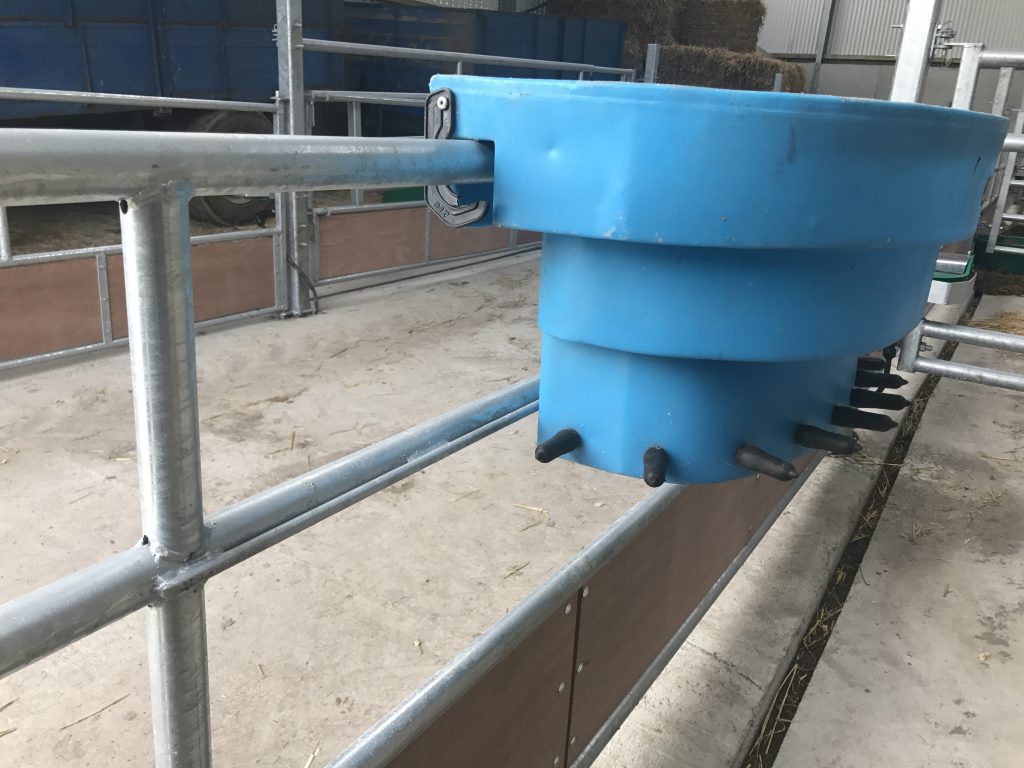 “We will also place a hay rack where the calves can feed on hay or straw as a source of roughage,” he added.

The pillars are set down in a socket set in the ground and they can be removed if straw, hay, meal or barley was to be stored in the unit. 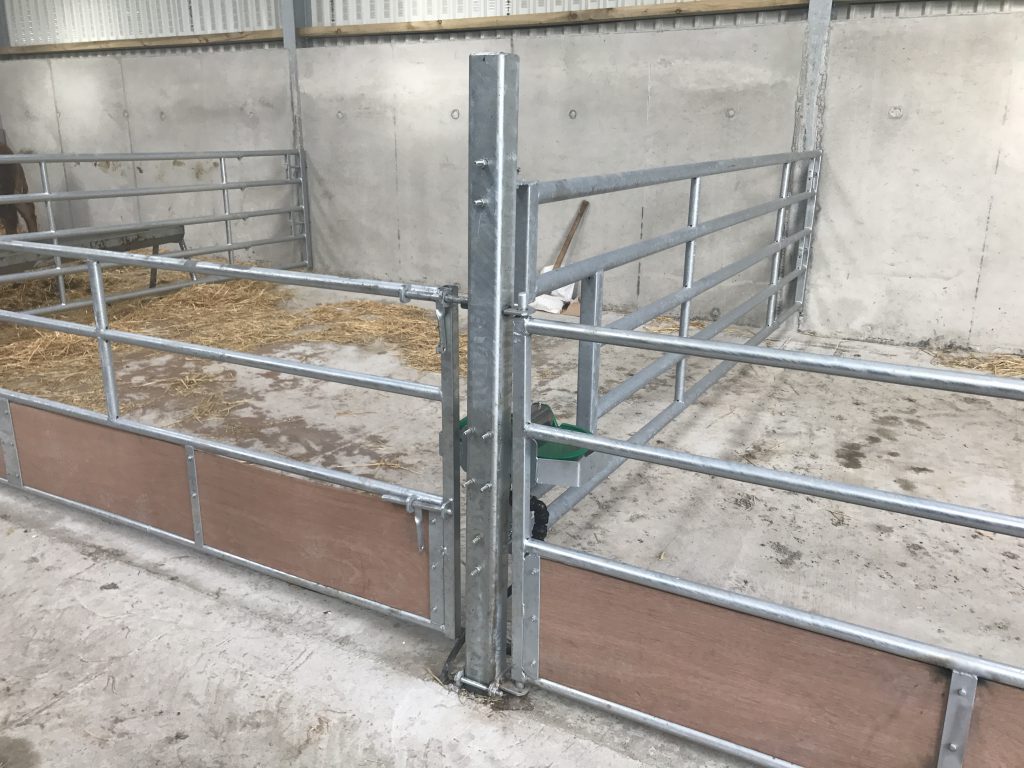 The ground work commenced in August and the concrete walls and shed were standing by the end of September. The gates and water troughs have been fitted over the past few weeks.

The calf shed was constructed under the Targeted Agricultural Modernisation Scheme (TAMS II) and Robert received the 60% young farmers grant.

The total cost of the calf shed was approximately €40,000 (excluding VAT).

“I’m very happy with the way the shed turned out. The next step is to get it full with calves. There is no point leaving it empty for the year now,” he concluded.