Budget 2018 brought about some significant changes for farmers, as the Minister for Finance and Public Expenditure and Reform, Paschal Donohoe, announced in the Dail today.

In the budget, it was revealed that the Department of Agriculture, Food and the Marine will get a €64 million boost, bringing its overall funding to €1.5 billion.

It was announced that a Brexit Response Package worth over €50 million will be announced shortly by minister Creed.

As well as this, it has been confirmed that a €300 million Brexit loan scheme will be introduced next year.

The scheme will be open to all SMEs (small and medium-sized enterprises) while the Minister for Agriculture, Food and the Marine, Michael Creed, is expected to give more details on the scheme. A further €25 million will be put in place for a Brexit response loan scheme for the agri-food sector.

Meanwhile, an overall fund of €17 million will be allocated for the government’s Renewable Heat Incentive (RHI) scheme, with the first phase of the scheme given an initial €7 million in 2018.

The objective of the scheme is to encourage industrial and commercial heat users to switch to greener technologies.

The ANC (Areas of Natural Constraint) scheme will be bolstered with an extra €25 million in funding.

Along with this, the TAMS (Targeted Agricultural Modernisation Scheme) programme will gain an additional €20 million.

One of the main points, however, is the €200 increase in Earned Income Tax Credit; this increase is lower than expected, with many highlighting the continued lack of parity between self-employed and PAYE workers.

Stamp duty remains largely the same, with stamp duty relief retained at 1% for inter-family farm transfers for another three years. As well as this, the exemption from stamp duty for young qualified farmers is to be kept.

However, stamp duty on commercial property transactions will increase from 2% to 6%, coming into effect from midnight tonight (October 10). It has been confirmed that this will also affect land purchase.

250 additional places will be made available on the Rural Social Scheme, while a €5 per week increase is also being made to all social welfare, including Farm Assist.

Finally, the relatively recently established Department of Rural and Community Development received a a windfall of €19 million in funding – an increase of 12% year-on-year, according to minister Donohoe. 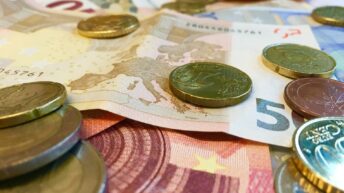