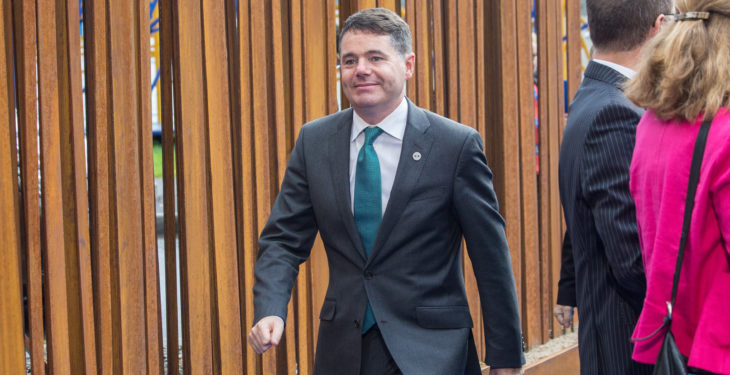 Following yesterday’s announcement of Budget 2018, Keane stated: “ICOS is extremely disappointed by the failure of the Department of Finance to include an income stabilisation measure in this year’s budget.

“Since 2016, ICOS has developed a strategic, income stabilisation tool whereby a farmer can enter into a voluntary agreement with their co-operative to defer up to 5% of their gross annual income in a good year, to draw down during weak markets.

“The detailed proposal by ICOS can result in a significant stabilisation impact on the income of a typical family farm enterprise,” Keane said.

Unfortunately, it is now the second year running whereby the government has failed to grasp the opportunity to develop the appropriate tools to help farmers mitigate against the worst extremes of income volatility.

“This is hugely frustrating as we are now well into another phase of the volatility cycle for dairy markets with little or no assistance from the government,” the president stated.

Keane concluded, noting: “The announcements related to the provision of a loan fund for SMEs (small or medium-sized enterprises) including food businesses and a separate package for the farming sector is welcome.

“In the context of Brexit, there is an overwhelming need for working capital to develop new market openings and product diversification.”

A number of farm organisations had also requested that certain income volatility tools be introduced prior to yesterday’s announcement.

The Irish Creamery Milk Suppliers Association (ICMSA) were in favour of a “rainy day fund” being introduced, where farmers could put away money in a year of good prices and draw it down in a “bad year”.