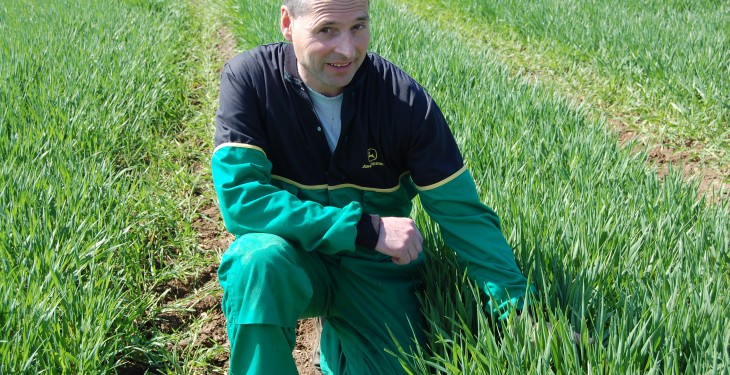 The current spell of good weather has significantly boosted the growth rate of winter barley crops – and some weeds – according to Coleraine cereal grower Mark McCollum.

“Broadleaf weeds are proving to be a stubborn problem in a particular crop of winter barley,” said McCollum.

“I am growing the variety Cassia this year, which was sown out at the beginning of last October. And from the look of things the herbicide used at that stage didn’t deliver the level of weed control that I would have desired.

“I have walked the crop over the past day or so and populations of groundsel, hemp nettle and fumitory are evident. But it’s an issue that is easily dealt with. I will be spraying the crop with a suitable herbicide before the weather breaks at the weekend.”

McCollum confirmed that disease levels were quite high in his winter barley earlier in the spring.

“I went in with a tank mix including Vareon and a growth regulator at T0,” he said.

“This was followed up last week with a T1 spray containing Proline and the SDHI product Imtrax. A growth regulator was again included plus a foliar manganese application. All the soils on the farm are manganese deficient.The barley is much more advanced than the winter wheat at the present time.

“This is one of the busiest times of the year on the farm. We are a week behind our normal planting dates, where spring barley crops are concerned.

“The cold, wet spell at the end of March brought a halt to all field work at that time and we are only catching up now. We are also doing a bit of drainage work, which means that we won’t have all our spring barley planted until the middle of next week.”