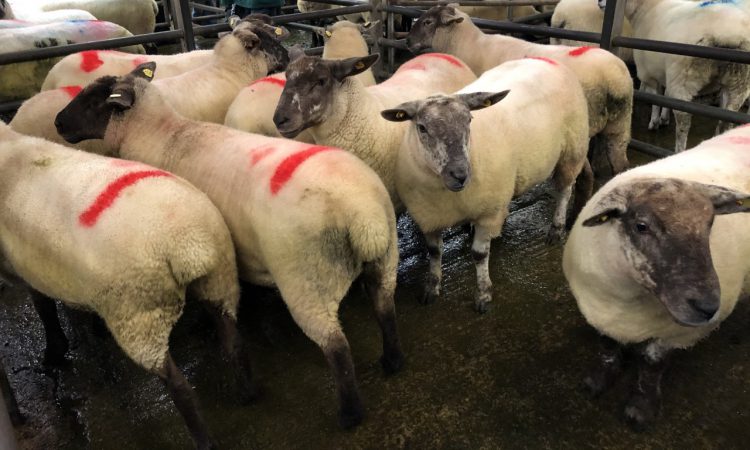 Quality and numbers seem to be on the decline across most marts for breeding sheep, as the breeding season edges closer.

The trade for hoggets, ewe lambs and older breeding ewes remains strong. Ewe lambs continue to trade well and, across many marts, last week prices for these lots ranged from €100/head up to €165/head for lambs weighing in excess of 40kg.

A couple of mart managers have reported that the quality of hoggets being presented for sale is slowly starting to decline and this is being reflected in the prices paid out for these types.

Hoggets, over the past week, have been trading from €100/head up to over the €215/head at normal weekly mart sales.

Older breeding ewes continue to trade well and, in general, these types have been making from €110/head up to €215/head.

However, he noted that there was a smaller entry of hoggets and that those on offer weren’t of the same quality as previous weeks.

There were some “very nice” pens of Suffolk ewe lambs on offer and these types sold from €106/head up to €137/head.

He noted that hogget numbers are slowly falling back; however, the trade remains good for these types and has been over the past few weeks.

2,000 sheep were on offer and were met with an “exceptional trade, which led to a full clearance”, according to a spokesperson for the group.

At Tuam Mart last Friday, a sale of 650 Mule Lanark cross ewe lambs took place. Speaking about the sale, John Meeneghan said that there was a flying trade on the day, which led to a full clearance. 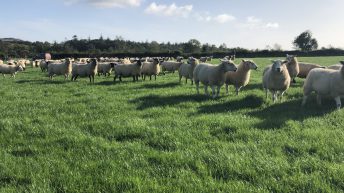 Clearance sale of 200 ‘genuine’ ewes this Thursday, as farm makes way for dairy