Bracken – is it a problem on your farm? 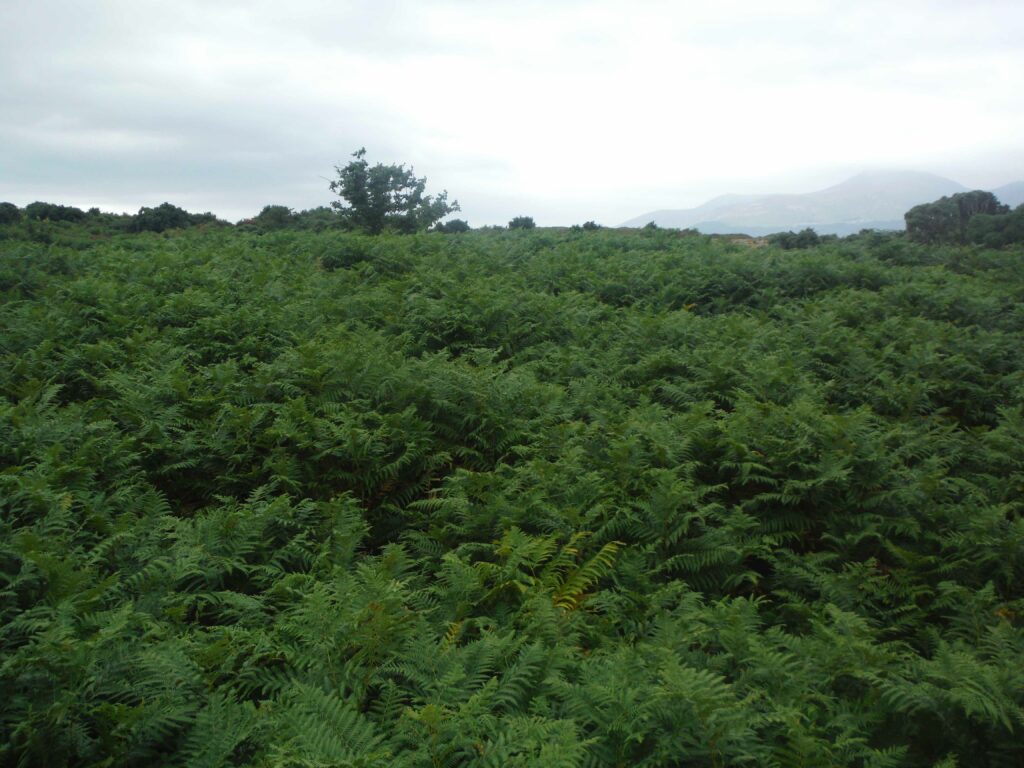 Bracken is found throughout Ireland on a range of habitats. It survives on highly acidic soils, deep loams and sandy soils and is tolerant of a wide range of climates. Bracken is very invasive and can damage many priority habitats by smothering and blocking light and moisture from species in these habitats.

That’s according to Graeme D Campbell, Agri-Environment Training Advisor, CAFRE. “If not controlled, bracken spreads very rapidly throughout the countryside using a network of thick, fleshy underground stems. Fronds grow from the stems and become visible from mid May onwards growing up to 1.5m in height. Bracken produces spores which may be carcinogenic and it can be poisonous to livestock when ingested, although livestock normally tend to avoid consuming bracken.”

Land with bracken cover is not eligible for Single Farm Payment (SFP). The area of bracken must be deducted from the total field area even where bracken is present in only part of a field for 2-3 months of the year. The SFP rules state that land must be eligible for the full calendar year.

Campbell said: “Bracken can be difficult to eradicate completely but it can be controlled by using chemicals and also by non chemical methods.”

Over the years products containing the active ingredient Asulam, such as Asulox, have commonly been used to control bracken. However, from 31st December 2012 it became illegal to sell, transfer, promote or use Asulam products. It is hoped that the re-registration of Asulam Products can be completed by 2016. In the meantime, an Emergency Authorisation for Asulam products has been granted and will allow the application of the product Asulox to control bracken in the UK during the specified period in 2014. This will be reviewed yearly.

The following are the important dates to remember:

19 May 2014: Start Date for Emergency Authorisation.
1 July 2014: Application of Asulam products can start.
15 September 2014: First expiry date for sale and distribution of stocks. Application can continue.
31 October 2014: Final expiry date for disposal, storage and use of Asulam. It will be illegal to apply or store Asulam products after this date.

Bracken can be controlled by the application of Asulam products using either manual knapsack sprayer or tractor/quad boom sprayer. Follow up treatment in subsequent years is essential for full control.

Bracken can also be controlled by cutting and rolling. Research has shown that cutting where possible is most effective when it is repeated twice in the same growing season. Cutting must also be repeated yearly until bracken disappears.

Rolling is another alternative method of bracken control. It damages the stems reducing food energy supply for bud development during the following year, but must be carried out yearly to help eradicate the bracken. 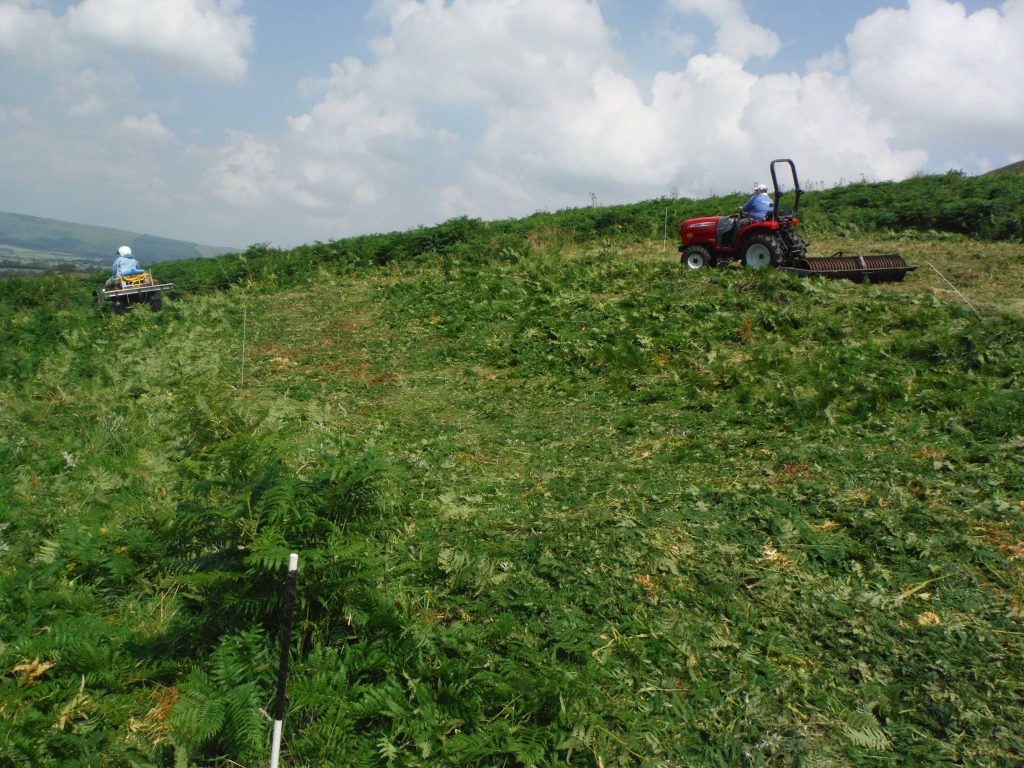 It is important to remember that bracken is often found on steep areas of land. Please take extreme care when operating machinery on sloping land to ensure your health and safety. If the area is too steep always consider your options and if unsure it may be best to leave alone.