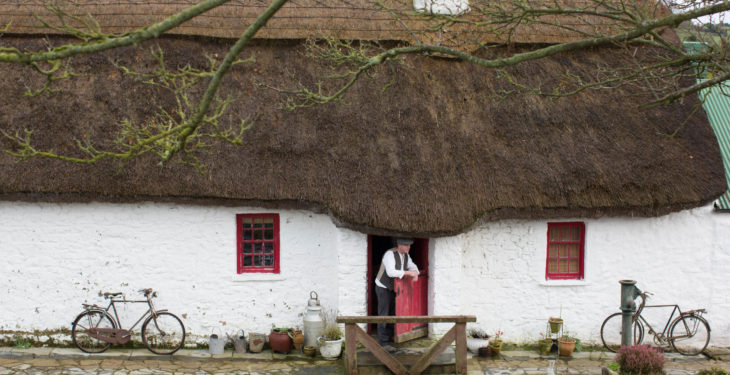 Gin is the drink du jour at present, and an artisan small batch product devised on a Laois farm, is going down a treat with connoisseurs.

Boutique drinks company An Sean Teach in Aughnacross, Ballinakill, was founded by Carla Taylor who has worked in publishing, and Brian Brennan, who runs a small dairy farm with his brother, Michael.

Taylor and Brennan both have experience in business start-up and management; and they have collaborated on other initiatives.

Brennan, who previously worked with First Ireland Spirits, Abbeyleix, and Glanbia, even developed an on-farm airfield in 2008 – which is still operational. The thatched farmhouse which acts as the company headquarters, was his great-grandmother’s home.

The two business partners set up An Sean Teach four years ago, as a farm diversification project. An opportunity was identified in South Africa through Taylor’s contacts; for the export of a cream liqueur they developed called DV8 Gold – specifically designed for this market.

However, as with Brennan’s Gin, DV8 Gold has proved popular in this country too, Taylor said.

“A key ingredient is the Frochan berry, or bilberry as it is also known, which grows on high ground to get sweetness into the gin,” said Brennan.

The stoneware crock bottles incorporate hand-dipped wax seals, and the surrounding countryside is drawn on in their marketing.

Gin is in at present, no doubt about it. It is really trending now, and we wanted to throw our hat into the ring.

Labelling, waxing, numbering of the bottles and adding the neck tags is carried out at The Old House on the farm where the Brennan brothers keep a 50 cow herd. “The aim is to bring value from outside the farm,” he said.

Cream of the crop

The liqueur, a mix of cream and vodka, distilled from whey, was devised to be served straight, over-ice or in cocktails. Both products have won a slew of prizes recently, including Blas na hEireann gongs and an Irish Whiskey Award.

The company has been supported by Enterprise Ireland; Bord Bia; and the local enterprise office, Laois LEO. It took part in both the Foodworks and Food Academy programmes; and Taylor is currently on the Acorns Plus round table, as part of the Acorns programme.

She was a participant in the pilot Acorn programme for female entrepreneurs in rural Ireland; which is funded by the Department of Agriculture, Food and the Marine.

More people are seeking out artisan products now, and want to hear the story behind them. We believe we have a unique story. The old house was the foundation of where the best of food was created.

Having broken into the South African market, Taylor and Brennan are now looking at the possibility of exporting to the US.

With the business in growth mode, Brennan is hopeful that they will be able to open a production unit on the farm in the near future, creating jobs in the area. Other plans include: opening the renovated thatched farmhouse and farm as a museum and visitor centre. 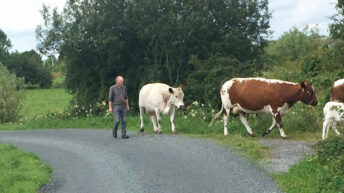