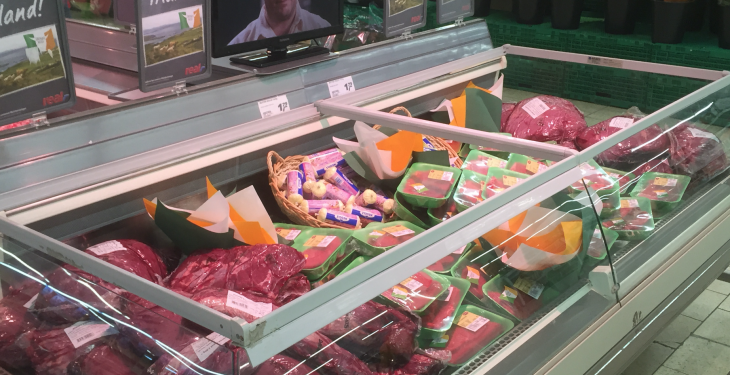 Irish beef exports to Germany have increased by 50% in the past three years and have grown six fold in six years, according to figures released by Bord Bia.

The figures were announced as Bord Bia launched a new three-year promotional campaign in Germany, starting in 2016, to increase beef exports by a further 50% to reach 30,000t per year by 2018.

Beef exports have remained strong in 2015 (+4%), despite a tightening of supply, Bord Bia says.

Speaking in Cologne, Germany today (Monday) where 20 Irish food companies are participating at Anuga, the world’s largest trade food fair, Bord Bia’s Donal Denvir said: “Over the past four years, our beef campaign has been successfully building awareness of Irish beef which is now among the top three beef brands in the German market.

“Distribution has also significantly increased and Irish beef is now widely available through all key German retailers including REAL, Sky Coop, Kaufland, Rewe and Karstadt among others.”

Earlier today the Minister of State at the Department of Agriculture, Food and the Marine, Tom Hayes and Bord Bia’s Chief Executive Aidan Cotter held a meeting with senior representatives from REAL Hypermarket. REAL is owned by the Metro Group, a leading international retailer and Germany’s largest food retailer.

“REAL is a key customer of Irish beef in Germany, importing over 5,000t each year. Today’s meeting allowed us to recognise the valued strategic partnership between REAL and the Irish beef industry” commented Cotter.

“It was also an opportunity to present an update on the Irish food industry’s Origin Green programme to a key global retailer.”

Earlier this year, REAL launched a national promotional campaign to celebrate its 50th birthday and selected ‘premium Irish beef’ as the key focus of its TV campaign.

Following the meeting with Patrick Müller Sarmiento, Director of Food for REAL Hypermarkets, Minister Hayes launched a new in-store Irish beef promotion at the REAL Hypermarket based in Leverkusen.

Meanwhile, during the month of October, there is also a significant promotion of Irish Beef taking place at Maredo Restaurants across the country. Maredo is one of Germany’s leading steakhouse chains, with 51 restaurants nationwide.