Biodiversity and conservation on the agenda for MEP committee

The Agriculture and Rural Development Committee of the European Parliament will hold its first meeting of the new year today (Monday, January 11), with biodiversity and conservation in agriculture the main talking point.

The public hearing on ‘Conservation of agricultural biodiversity’ will be held remotely, due to Covid-19.

According to a statement from the committee, the hearing is intended to “assess and discuss the impact on the agricultural sector” from the European Commission’s Biodiversity Strategy.

Eight experts on two separate panels will deliver presentations, followed by a questions and answers session with MEPs.

The questions will concern the impact of the strategy on European farmers, and to access the challenges faced by the sector from several of the targets outlined in it.

Representatives from the commission’s directorate-general (DG) for agriculture and DG for environment will also participate in the discussion, who will give a presentation of the commission’s proposed measures.

In other European Parliament news, one MEP has argued for Ireland to get the “lion’s share” of the €5 billion Brexit fund that the EU has set aside for countries and sectors most impacted by the UKs departure from the EU.

According to Fine Gael MEP Colm Markey, Ireland should get two-thirds of the €5 billion fund.

Markey, who replaced Mairead McGuinness as MEP for the Midlands North-West constituency when she became a commissioner, says there’s EU-wide acceptance that Ireland will be impacted more than any other EU state.

Markey, a member of the parliament’s agriculture committee, said last week: “All across Europe, it’s recognised that Ireland is the most impacted country by Brexit. I think there is political recognition to that fact and that recognition has to be backed up by the finances behind it as well.” 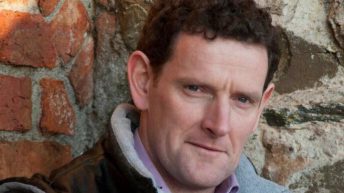