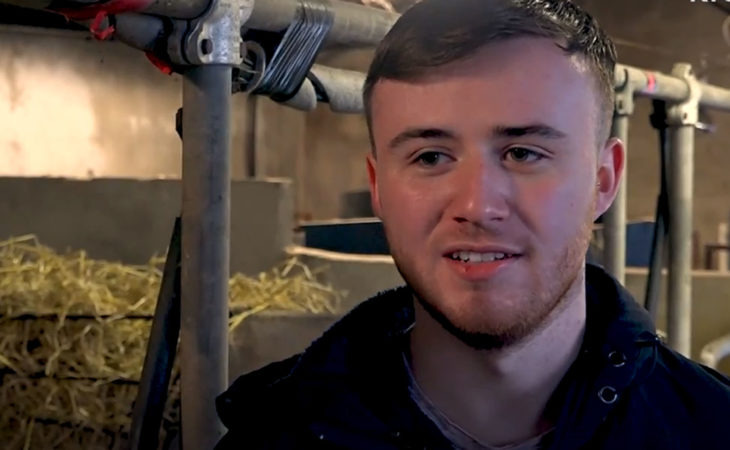 19-year-old Aaron Williams had never even stepped onto a farm before being selected as an apprentice for this year’s hit RTE television show ‘Big Week on the Farm’.

However, he has taken to the land like a duck to water.

“I’ve always had an interest in farming and agriculture in general. I applied to be an apprentice on the O’Sullivan farm in Dungarvan for the show after my friend, Jason, tagged me on Facebook about it,” said Aaron, who has taken a year out after doing his Leaving Cert.

My dad, John, delivered rations for Kerry Group; when I was younger I used to go around with him. However, it’s hard to get into farming if you’re not born into it or have some connection with a farm.

The apprentice – who is from Fenit, outside Tralee – was thrilled to be called for an interview in Dublin.

“I was nervous; but excited at the same time. I really looked forward to getting to work on the farm.

“This is my third week on the O’Sullivan farm in Dungarvan and it’s going great. I wasn’t used to getting up at 5:30am – so my eyes were opened by that,” he laughed.

“Only having WiFi in one spot has also been a change. It has been a massive learning curve,” he said.

Farming is a hard job – you’ve got to love it, and I do. I’ve done everything from milking the cows to helping with calving.

“At the start getting used to milking was hard – especially putting on the clusters – but, I quickly got the hang of it.

“Gillian and Neil have been great teachers – I couldn’t have asked for better. They explained that they had to learn the ropes of dairy farming from scratch themselves,” he said.

Aaron – who volunteers with Fenit Lifeboat – said that farming has lived up to his expectations.

It has been a great experience; I have really enjoyed it. When you go into a shop and see milk in cartons you don’t understand what goes on behind the scenes. I was able to see the whole operation.

The difficulties of farming in sustained bad weather have also been evident to the young apprentice.

“It’s hard to get the cows out into the fields. The weather hasn’t helped at all,” he said.

But overall he knows he is onto a winner.

“I’m definitely going to look into farming. Before the programme, I was thinking of either trying to get into farming or joining the Gardai.

Now I’m definitely going to look into farming in more detail. I’d love to get work in it; I can really see myself going to agricultural college. 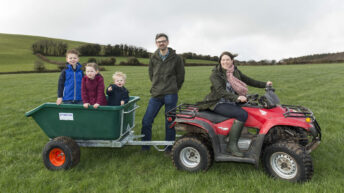 Meet the O’Sullivans of ‘Big Week on the Farm’ fame

Big Week on the farm Dairy RTE
Loading Next Story