Mazzotti self-propelled sprayers will make their UK show debut under the John Deere banner at Cereals 2019 in Boothby Graffoe, Lincolnshire, in June.

Founded in 1948, the family-owned business is known for self-propelled sprayers that are sold primarily in southern Europe, as well as skid-units that it produces for other manufacturers.

The sprayers being shown at the Cereals event have John Deere Powertech engines, hydrostatic transmissions, two hydraulic pumps, 4WD, four-wheel steer (with crab steering) and clearance up to a maximum of 1.7m, depending on the model. 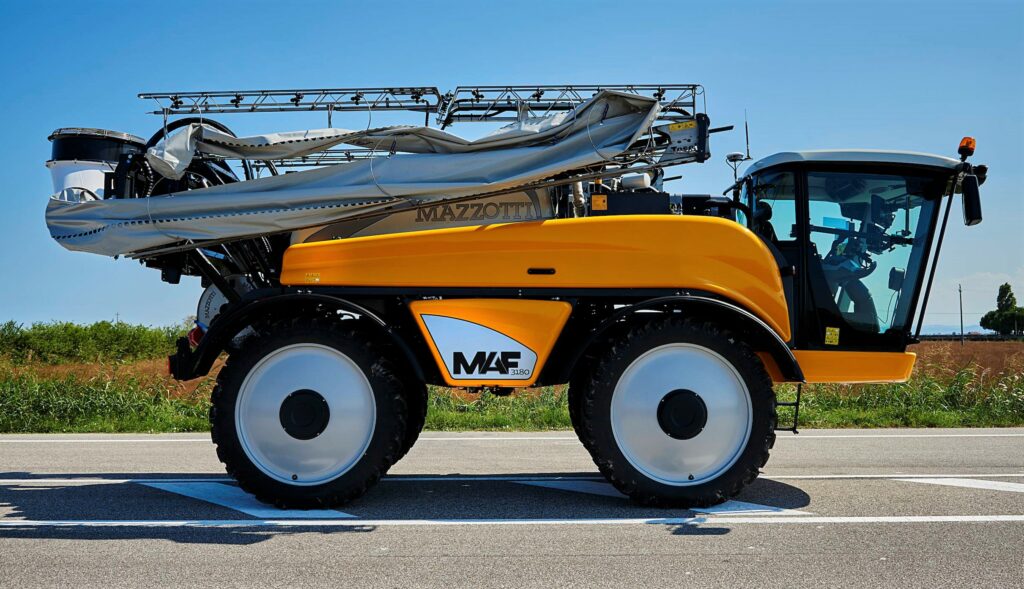 The cab features Category 4 operator protection. Hydro-pneumatic suspension allows working and road speeds of up to 20kph and 50kph, respectively.