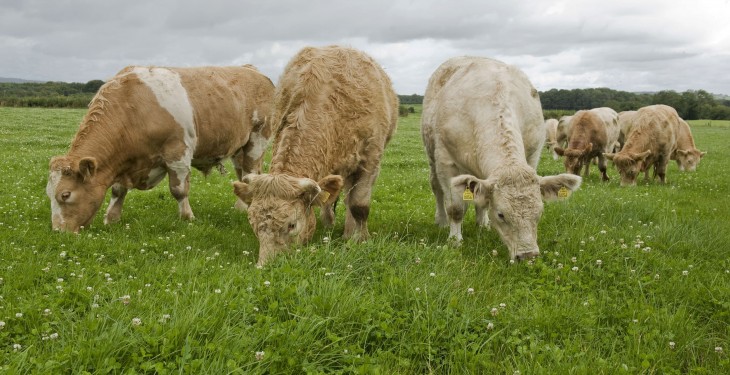 Beef price has fallen this week as more cattle come available for slaughter with base quotes for heifers and steers down by 10c/kg.

Plants are offering a base price of 415c/kg for steers while the majority of plants are purchasing heifers at 420-425c/kg.

Processors have also cut the price paid for cull cows with the O grade cows falling by 5-10c/kg.

The R grade cows are generally unchanged from a base price of 380-390c/kg last week, but both Dawn Waterford and ABP Bandon are quoting 370c/kg for these lots.

The price paid for P type cows has also dropped. Quotes for these dairy types have fallen by 10c/kg to a base price of 350-355c/kg, with Kildare Chilling the only processor resisting the urge to drop the cull cow base price.

The price has dropped despite the reduced cattle throughput in 2015. Cattle coming to processing plants for the week ending August 2,  are back by 4% from the corresponding week last year.

Total throughput to date at export meat plants is resting at 921,833 head of cattle.

Young bull slaughterings remain at similar levels to the same week in 2014 but the cumulative young bull kill is down by almost 42,000.

This decrease in bulls has lead to a corresponding increase in the steer kill with total steer numbers up 37,000. The steer kill for the week ending August 2, has increased by almost 1,600 head on the same week in 2014.

Last weeks heifer kill was 200 ahead of the same period in 2014 but the cumulative beef kill to date is similar to 2014 levels.

The British steer price for an R3 animal is currently 357.6p/kg or 513c/kg, says the AHDB, the organisation for English Beef and Lamb.

Their counterpart heifers are making 359.2p/kg or 510c/kg. At current prices on a 350kg carcass a price differential of €343 and €297 exists for steers and heifers respectfully.

It also says that the French market remains under pressure as a result of the farmer protests and this is causing disruptions to deliveries.

Meanwhile, there is little change in Italy with the warm weather affecting consumption and the Greece ban on forequarter beef effecting exports.