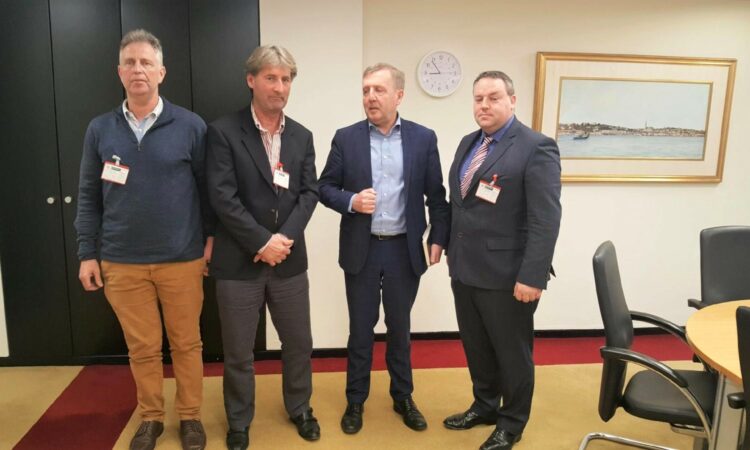 A delegation from the Beef Plan Movement held “constructive talks” with the Minister for Agriculture, Food and the Marine, Michael Creed, this morning (March 6).

Meath beef farmers and co-founders of the movement, Eamon Corley and Hugh Doyle, alongside Michael Rafferty the chairman of the group’s Animal Health Committee, met with the minister at Agriculture House shortly after 8:00am.

It was the movement’s first official meeting with Minister Creed since its formation last October.

Speaking to AgriLand, Corley said the representatives specifically outlined to the minister where they believe the beef sector is “broken”.

“It was a constructive meeting. We are very angry that the beef industry in this country has got to the state that it has and we would see that the Minister for Agriculture has a huge responsibility and we feel he has let us down.

We went into the meeting very anxious to get our points across on how this mess can be sorted out – the minister was defensive on some of them, but he listened to us.

The group outlined what it believes are “seven anti-competitive practices” within the beef sector.

We said that on their own they may not account for too much, but combined they are basically responsible for manipulating the beef market.

“We explained that a bonus under the four movement rule is more than taken away when you consider the combined effect of the anti-competitive practice and the disadvantage it puts the farmer under,” said Corley.

The movement also stressed the importance of pending licences to export beef to China and to the US.

We said they would be a priority that would help basically get beef into the Chinese market and the American market – particularly if access to Britain is curtailed because of Brexit.

“We also suggested that there should be a €100 export subsidy for beef origin suckler weanling as a way of basically exporting more of those quality animals out of the country instead of going to factories here,” he said.

As regards the movement’s lack of access to the 2030 TB Stakeholder Forum, Corley said he highlighted “the value” of the group being involved.

“We represent 18,000 beef farmers now and we see the TB scheme as being very important. We told him that some of the changes being made are basically draconian and that they don’t take into account wildlife to a big enough degree.”

The movement also sought representation on all the other forums that include farm lobby groups – mainly the Beef Roundtable.

Following on from the movement’s protest in Wicklow yesterday (March 5) in response to concerns over dairy calf export potential, the minister was keen to inform the group on the country’s “strong export track record”.

With regards calf exports we told him that he wasn’t doing enough. We told him that exporters are able to get more out; but they can’t because of restricted lairage space and sailing options.

“He seemed to put the blame on the exporters and said exporters should build out there at their own expense,” said Corley.

The movement has requested a follow-up meeting with Minister Creed towards the end of the month. 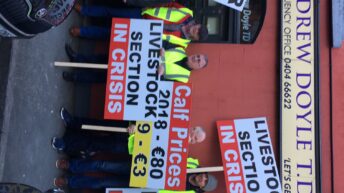