Following the schism that occurred in the Beef Plan Movement at the start of the year, there has been no shortage of controversy over which side of the Beef Plan divide is in fact the real Beef Plan.

Having been one of the driving forces behind last summer’s factory gate protests, the organisation was given a seat on the Beef Market Taskforce, seen by many as the Beef Plan Movement ‘coming of age’.

The latest meeting of the beef taskforce – the first since January – is currently underway today, Thursday, June 25 (having begun at 2:00pm).

It’s taking place as a video conference rather than a physical meeting, due to Covid-19 restrictions.

Late last week, the Department of Agriculture, Food and the Marine sent out invitations to stakeholder representatives in advance of the meeting.

Was the Beef Plan Movement included in those invitations, and if so, who showed up to the taskforce on its behalf?

Since the start of the year, the group has been in the throws of an internal struggle. It’s a highly complicated matter, but essentially revolves around competing factions vying for leadership and control of the organisation.

Advertisement
On one side of the battle-line are the organisation’s co-founders – Eamon Corley and Hugh Doyle – along with those members who support them. On the other side are several other high-profile members and their supporters. Among the latter, two of the most prominent figures are Dermot O’Brien and Eoin Donnelly.

As for today, and the ongoing Beef Market Taskforce, the questions is: Amid all of this turmoil in Beef Plan Movement, is the organisation actually represented at the meeting?

Well, it depends who you ask. But, as far as the department is concerned, the answer would appear to be yes – Beef Plan is present.

A spokesperson for the department told AgriLand this week that invitations had been sent out to stakeholder groups – including Beef Plan Movement.

On foot of that, AgriLand received correspondence – jointly signed by Hugh Doyle and Eamon Corley. It stated: “We confirm that Beef Plan Movement has received no such invitation at our registered address. We have, however, forwarded the names of our chosen representatives to Minister Michael Creed.

“The minister has advised us that he will not accept our representatives – effectively removing Beef Plan Movement from the taskforce and, once again, leaving the beef farmers of Ireland without representation at this forum, which was established specifically to deal with issues in the beef sector.”

However, this publication is also aware that Dermot O’Brien (who is firmly in the competing ‘Beef Plan’ faction) is partaking in today’s meeting – presumably having been invited to do so by the department.

However, Eoin Donnelly – who is from the same side of the Beef Plan Movement dispute as O’Brien, and who was apparently set to take part in today’s meeting – was apparently prevented from taking part by the department due to procedural reasons.

In any event, stay tuned to AgriLand for more information…as it emerges from today’s Beef Market Taskforce meeting. 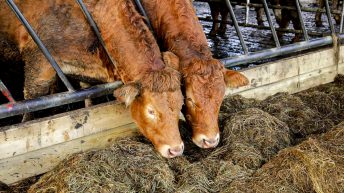