‘Banks have left agriculture in the lurch’ 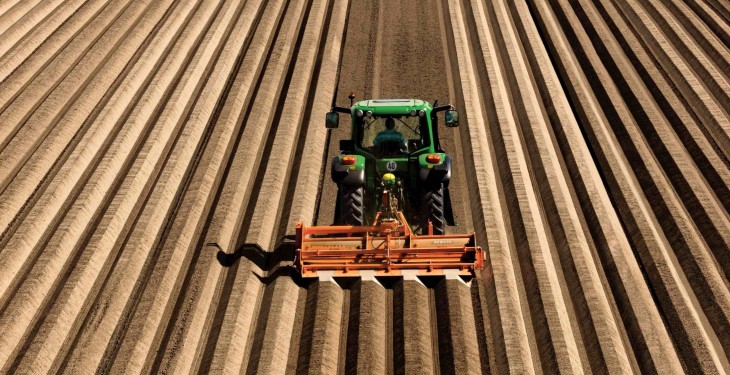 John Deere Agricultural Division President Mark von Pentz has indicated that the banks’ decision to “effectively” walk away from agriculture at the height of the financial downturn left many of Europe’s farm businesses in a parlous position while, at the same time, leading to an international collapse in farm machinery sales. Speaking at the recent Berlin launch of the latest models from the international manufacturer, he added:

“What made this development all the more galling was the fact that the banks left large numbers of viable farm businesses with no means of securing they credit they needed to invest properly in the future of their businesses.

“In our own case, we were able to redress this matter through the establishment of our own finance division. However, the damage caused to agriculture by the ‘withdrawal’ policies implemented by the international banks from 2008 onwards has been more than considerable.

Significantly, the John Deere supremo believes that closer fiscal union within the EU will be inevitable as Europe battles to deal with the debt burden that has been created in a number of EU member states.

“Full fiscal integration is not an option at this stage,” he further explained.

“The UK, for one, would not agree to such a development. But this should not rule out an agreement on some form of half way house. This would see the establishment of a pan-European banking system while, at the same time, ensuring that individual member states retained full control over their national budgets.”

Commenting on the recent Common Agricultural Policy reform deal Mark von Pentz said that it should be regarded as a good news story for the EU’s farming sectors, making the point that the less than 10 per cent reduction in the agriculture budget, finally ratified, is much more acceptable than the draconian cuts that were initially on the table.

John Deere’s President also made the point that the introduction of an area-based support system is totally neutral, from a production point of view. In other words, it will be the marketplace that determines the quantities for food produced in Europe over the coming five years.