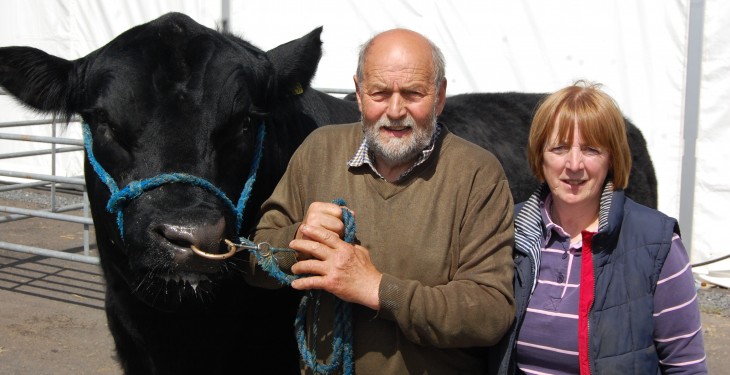 Renowned Angus breeder Albert de Cogan from Middleton in Co Cork believes that the new format Balmoral Show has the potential to become Ireland’s leading livestock venue over the next few years.

“The scale of the site is immense,” he told Agriland. “I am aware of the commitment by the Royal Ulster Society to develop the facility into a centre of agricultural excellence. And the only way that will work for them is to develop Balmoral Show and the other livestock competitions held here into events that prove equally attractive to breeders from the island as a whole.”

Mr de Cogan went on to confirm that the current export testing requirements remains a big deterrent when it comes to attracting cattle breeders from the Republic of Ireland to Balmoral.

“The stalling area for our animals is also isolated from those of the other breeders taking part at the Show. Again, this acts as a barrier in attracting more breeders from the South. As far as I am aware it will take the Departments of Agriculture in Dublin and Belfast to sort these animal health matters out. But, as far as I am aware, the issues concerned could be easily sorted out, if the will is there to make it happen.”

Albert de Cogan has have five animals entered for the beef classes at Balmoral this year: three Herefords and two Angus. He won the Angus Male Championship at Balmoral with is bull Rosemead Korona.

“We are hoping for a good show again this year,” he said. “The bull is now five years’ old and is an animal that reflects all of the attributes that make the Angus breed so popular. I know that the membership of the RUAS has taken a great leap of faith in coming to the new site. However, I believe that it is a risk worth taking!”