Back In Focus: New accommodation for up to 140 calves in Co. Cork 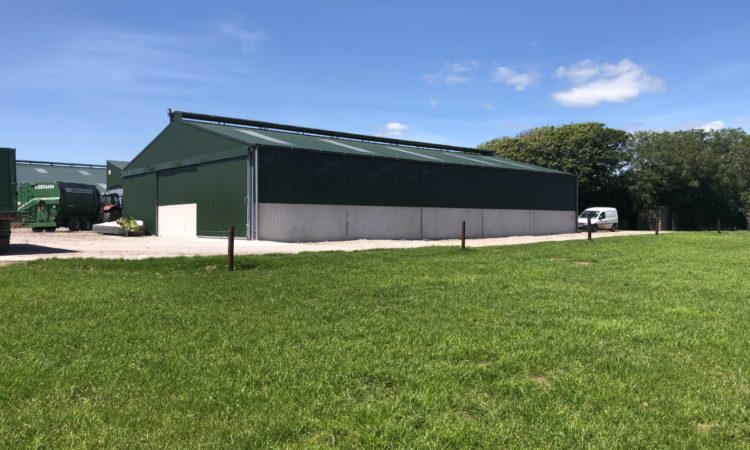 Next up in the ‘Back In Focus’ series, we take a look at a brand new calf house on the farm of Dick and Eoghan O’Neil from just outside Ballymacoda, in Co. Cork.

The duo, along with Barty O’Sullivan, are in partnership together, which sees them milk 265 Holstein Friesian cows.

Like so many other dairy farmers across the country, the farm has grown in size substantially, albeit over a long period of time.

In order to allow for further expansion on the farm, the decision was taken to convert the old calf shed into a collecting yard and build new calf housing facilities on a new site.

Speaking to AgriLand about the new calf housing facilities, Eoghan said: “The fact that we have expanded cow numbers over the last few years, it has put pressure on the existing facilities on the farm.

Everything else was in place on the farm last year, except for a calf shed, so last spring we started to crack on and get one built.

“About four years ago, we had a good-sized calf shed but we turned it into a collecting yard because the old holding area was getting too small for the ever-increasing herd, so we have been struggling for the last few years for space, at springtime, for our calves.”

The new housing facility, which Eoghan says can fit up to 140 calves at any one time, was built on the outskirts of the farmyard on an old concrete slab.

The shed including the steel frame and outer walls were erected by Paddy McCarthy, while Eoghan and Dick completed the inside of the shed, including the concrete floors and installing all the gates and barriers.

All of the gates and barriers were sourced from Denis Hurley of Hurley Welding and Engineering.

The internal layout of the shed was designed by both Dick and Eoghan.

However, we wanted something different. We wanted to have five large pens on one side of the shed and to have individual and smaller group pens on the other side.

“Therefore, we took it upon ourselves to rearrange the internal layout and carry out the work inside the unit to the way we wanted it.” 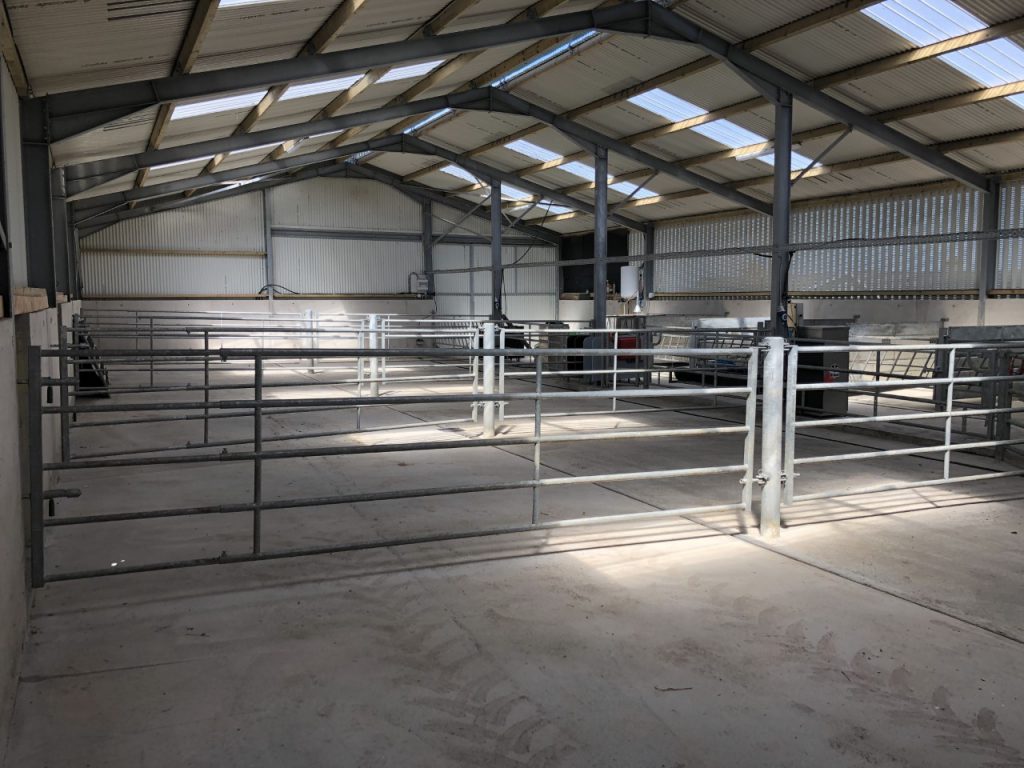 Taking a look at the unit in more detail, the O’Neills opted to install three sliding doors; two at either end of the passageway and one at the side of one of the big group pens.

In total, there are five big group pens inside the unit, which Eoghan says can’t fit up to 25 calves per pen.

Drainage points are located in the middle and at the front of the large pens to keep the straw bedding relatively dry during the housing period.

Furthermore, located in each of the five large group pens is an individual automatic calf feeder. The O’Neills have been using such a feeder for over 10 years.

Originally, when the decision was taken to build a new calf shed, the idea was to trade in the old automatic calf feeder and buy a new one that would serve all four pens.

However, after finding out that the old automatic feeder was practically worthless as a trade-in they decided to keep it, as they said it was ‘working perfectly’.

So, instead, they purchased a brand new automatic feeder, which is set up to serve three of the large group pens, while the old feeder serves the other two pens. 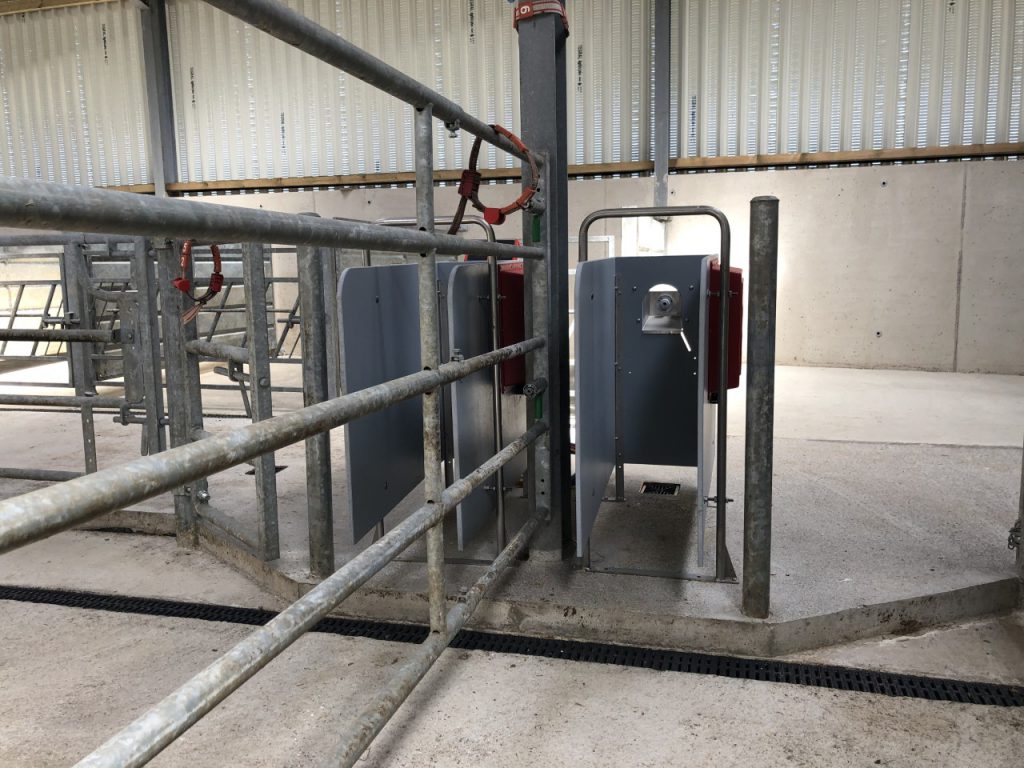 Speaking about the automatic feeders, Eoghan said: “They are a great job. Once the calves get used to it they never have to be fed by my father or I.

Once the calves are in the large group pens and are used to going into the feeder, all we have to do in the morning and evening is to check on them, top up the straw and feed them a few nuts.

“We had looked at buying an auto-feeder that would serve all five pens but once we heard the old one was worthless, we said, hold on, we’ll keep that. It works perfectly; it would only have been thrown out otherwise.”

Moving to the opposite side of the shed, the O’Neills opted to keep a couple of individual pens that they had used in the old shed, as well as installing five small group pens, that would fit four-to-five calves easily, according to Eoghan.

The most hours spent in the calf shed are when the calves are in the individual and small group pens, Eoghan said.

He continued: “Once the calves are able to feed themselves they are out into the big group pens. The big pens are split between heifers and bulls.

“The heifer calves are allocated four pens, while we keep the bulls in the top pen at the front of the shed. Once the bulls get to 16 days-of-age they are sold off the farm.

A lot of the bull calves we sell go for export, so this year, when the boats were held up, we had a bit of a backlog.

“Therefore, we had to allocate more space for the bull calves as they were staying on the farm longer than what we were expecting.” 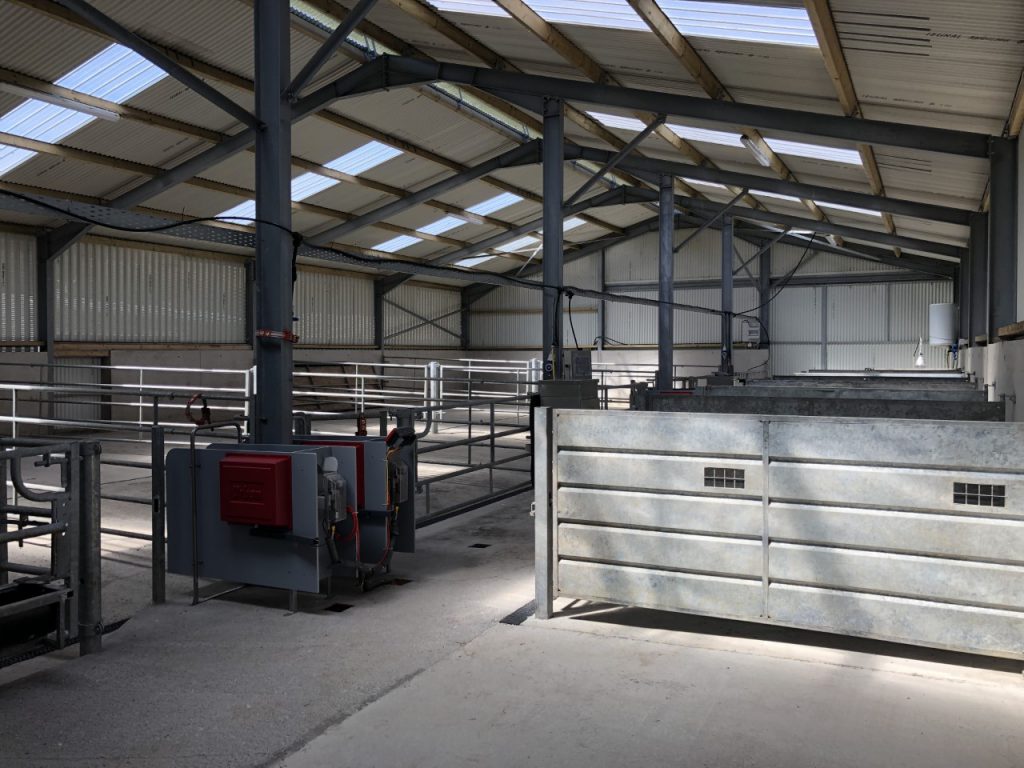 “If we had split the shed 50:50 and had evenly-sized pens on either side, it would have made life more difficult for us.

Not only would we have less space for the older calves, but, also, trying to feed the younger calves in large pens would have made more work for ourselves.

“As you can imagine, we calve down nearly 300 cows, so springtime is hectic around here. We needed a calf shed that would allow us to work efficiently and quickly and, thankfully, that is what we have achieved.”

Finally, in terms of airflow, the O’Neills said that in order to combat against disease and to allow calves to thrive they need to be in a healthy and clean environment.

They installed vented sheeting the whole way around the shed. During the spring, when calves are in the shed and if the weather is nice, the sliding doors at either end are opened to increase airflow throughout the shed.

The small access doors that lead outside at the back of the shed also give calves more freedom and access to fresh air.

Commenting on the new build, Eoghan said: “It has completed the farm in many ways. We had everything in place last year except a calf shed, so it was the final piece in the jigsaw you could say.

We did a lot of the work ourselves, which was a big help. I would say we saved ourselves €5,000. As I said, we did the concrete work and fitted the entire inside of the unit.

“I also made the sliding doors myself. We started it last July, but it wasn’t until last October until we really got stuck into it.

“We were still working on it in January when the cows were about to calve, but, eventually, we got there and we are very happy with how it turned out.” 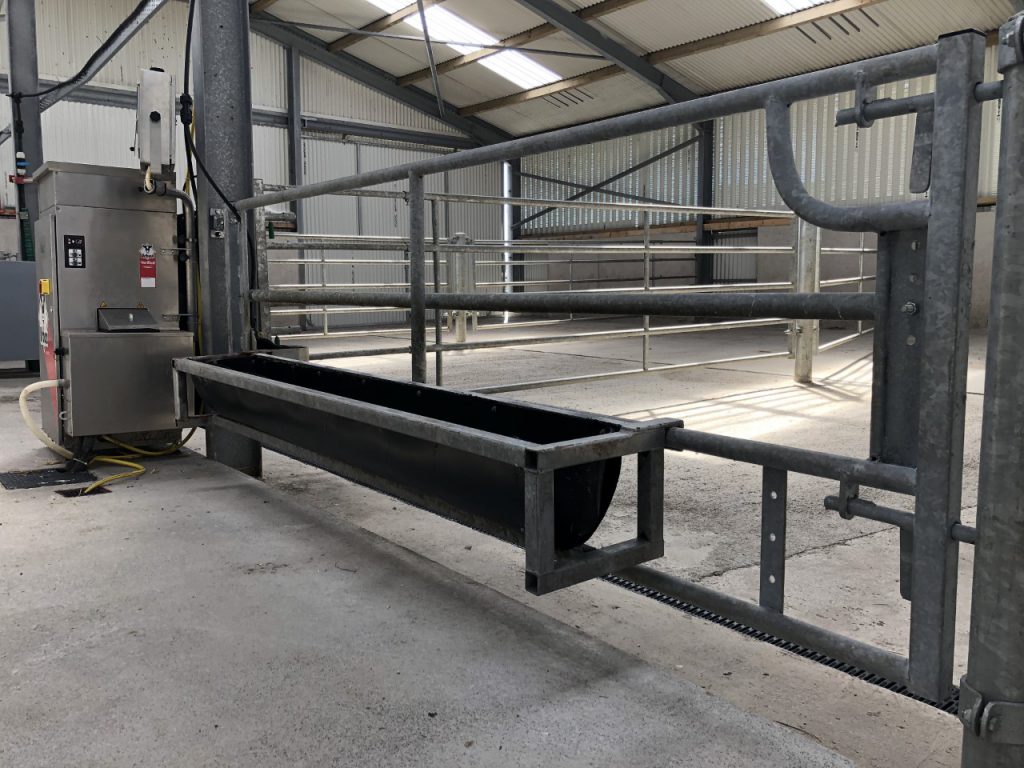 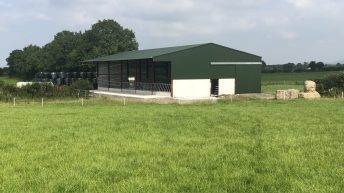