Aurivo milk pool to grow by 25% 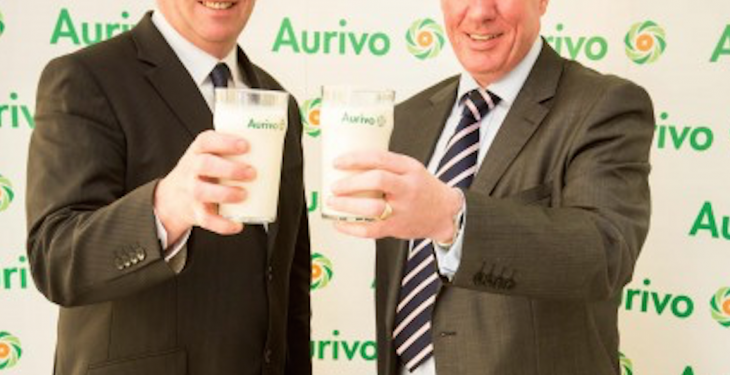 Aurivo co-op expects its suppliers to increase production by approximately 25%, following the abolition of the milk quotas, according to its CEO Aaron Forde.

It is estimated that the development will create an additional 300 on farm and indirect jobs for the region, plus a further €30m in milk payments to Aurivo dairy farmers.

“With over 1,000 dairy farmers across the region supplying milk to Aurivo, the local economic benefits are significant,” Forde said.

He said Aurivo’s milk cheque to dairy farmers is currently in the region of €128m per year.

“We enter the post quota era in exceptionally good stead and are ready for significant growth in the years ahead. With a lean operational footprint, an especially strong global customer base, an excellent team of people and a full innovation pipeline, we are well positioned to grow and deliver for our member owners.”

Aurivo currently processes 350m litres of milk annually, exporting 75% of this outpu in the form of enriched milk powder to almost 50 countries.

The co-ops tanker fleet was on the road as soon as midnight struck on April 1 picking up milk that had been kept on farm for the past number of days.

This was as to help minimise the superlevy challenge facing a number of producer suppliers for 2014/15.

A spokesman for Aurivo confirmed that the first day of the post quota era saw three times the volumes of milk collected than would normally be the case for this time of the year.